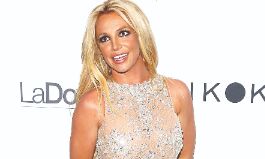 Britney Spears and her team's efforts to remove her father, Jamie Spears, from her conservatorship proved to be unsuccessful.

According to the report of 'E! News', a Superior Court judge in Los Angeles denied the request made by the pop star's lawyer to remove Jamie Spears as his daughter's co-conservator that was signed on June 30.

The decision was followed by Britney's emotional appeal at the court hearing about her conservatorship on June 23. She remarked that her father was highly critical of her and allegedly loved to control her to hurt his daughter.

According to the report of the same news agency, Jamie had filed a petition and filed for an investigation into Britney's allegations of ill-treatment against her conservatorship on June 29. In the document, Jamie claimed that he had not managed his daughter's personal or medical affairs for the past two years.