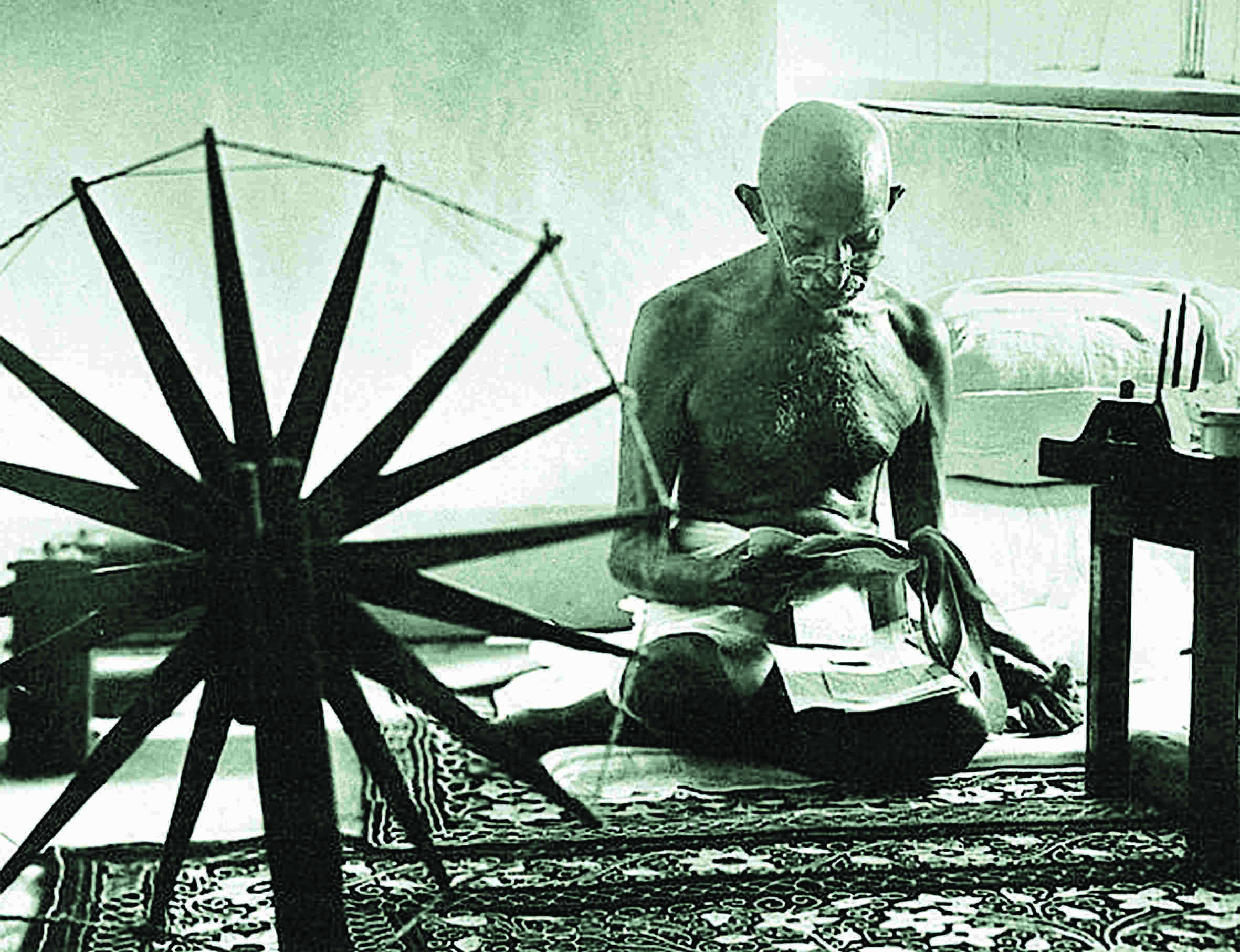 Khadi's exponential growth, as mentioned by the President in his address to the Parliament ahead of the Budget Session, is a result of the 'Charkha Kranti' initiated by 'Khadi and Village Industries Commission' (KVIC) in the last seven years.

KVIC built several monumental Charkhas to propagate Gandhian thoughts and symbolism of Charkha in India and abroad, which further popularised Khadi and played a key role in its massive growth.

Khadi's success was acknowledged by the President in his address to the Parliament on January 31 and by the Home Minister Amit Shah, a day before at Sabarmati Riverfront in Ahmedabad, while unveiling Mahatma Gandhi's 100 square meter mural on his 74th Martyr's Day.

Interestingly, KVIC was formed in the year 1956 but it made no effort in the next 58 years, that is, till 2014, to popularise Khadi, Charkha or any other symbol associated with Mahatma Gandhi.

'Khadi' and 'Gandhi' were only used for political gains. It was only after the year 2014 that concrete efforts were

the symbolism of Charkha across the globe. Be it the birth anniversary or the martyrdom of Mahatma Gandhi, KVIC organised unique programs to celebrate Gandhian thoughts.

During the last seven years, KVIC built monuments like the world's biggest wooden and steel charkhas, the world's smallest charkha on wristwatches, Gandhi Ji's world's largest mural made of clay Kulhads, the world's largest national flag made of Khadi fabric, heritage Charkha Museum and many more. Charkha, which was Gandhi Ji's tool in the fight against British Rule, made its way to a foreign country for the first time in 2017. Since then, Bapu's Charkha has reached 60 countries of the world.

"It is with the inspiration of Prime Minister Narendra Modi that concrete steps were taken to popularise Khadi and Charkha not only in India but across the world. This played a major role in increasing the production and sale of Khadi and thereby, contributed to realising Bapu's dream of 'Gramoday'. The 'Charkha Kranti' also saw the distribution of a record 55,000 advanced Charkhas to the Khadi artisans across the country that provided them with self-employment," said Vinai Kumar Saxena, Chairman of KVIC.