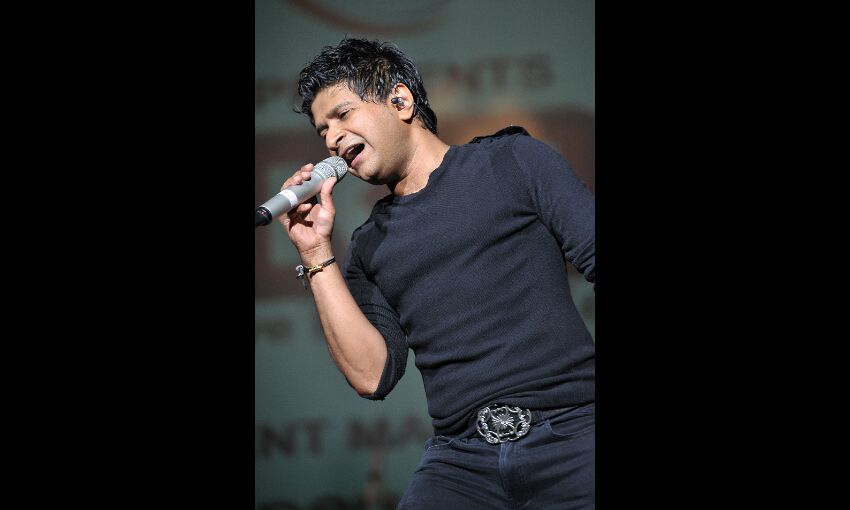 Coincidence seems too convenient, I prefer to call it fate that Krishnakumar Kunnath's introduction to music lovers in India was through the song 'Pal', and he bade farewell to his fans through the same song – which he performed during a college concert in Kolkata on the night he passed away. The singer, popularly known as KK, was 53 and is survived by his wife Jyothy and two children.

Though untrained, KK was the lifeline of stage shows right from his college days in Kirorimal. His voice reflected innocence and evocativeness.

In 1999, when his debut album, composed by Lesle Lewis, hit the music scene, people went gaga. Whether it was 'Yaaron', 'Pyaar Ke Pal' or 'Aap Ki Dua', music lovers played it on loop as they found solace in his music.

Whether it was a heartbreak, a celebration, or a school farewell, there was a song to express every emotion people felt. If Yaaro emerged as an anthem for friendship, Khuda Jaane, Dil Ibadat, O Meri Jaan, and Ankhon Mein Teri secured a place in the romantic hearts. Songs like Tadap, Tadap and Sach Keh Raha Hai Deewana soothed the jilted lovers, and fun-party numbers like Dus Bahaane and Gori Gori gave them beats to shake a leg. There was something for everyone. Anybody who was touching puberty in the late 90s, would have a vivid memory of a KK song touching his/her soul.

Considered to be the most versatile singer of this generation today, KK actually began his career as an advertisement jingle singer. He moved to Mumbai in 1994 and for over 4 years, sang more than 3500 jingles in 11 languages for brands like Hero Honda, Colgate, Nerolac paints. It was AR Rahman who introduced him as a playback singer with his hit song Kalluri Saaley and Hello Dr. from Kadir's Kadhal Desam and then Strawberry Kannae from AVM Productions' musical film Minsara Kanavu (1997).

He made his Bollywood debut with Hum Dil De Chuke Sanam (1999). KK considered the song Tadap Tadap Ke Is Dil Se a turning point of his career. His vocal chemistry with Salman was inarguably the best. It was appreciated so much that he became Khan's first choice for every film till Bajrangi Bhaijan.

Unlike most of the film personalities, KK was an extremely private person, who preferred to stay away from the manic advertising of himself. He hardly gave any interviews and as the history is evident, there was hardly any need for it. His songs spoke for him. His voice was truly timeless. KK emphasized that it is not important for a singer's face to be prominently seen – saying he believes the important thing is that "a singer must be heard".

In his career spanning three decades, he worked with all the top composers of the country and built a fan base across languages and geographical barriers. He gave hits not only in Hindi but Tamil, Telugu, Malayalam, Marathi, Kannada and Bengali as well. KK's last hit was an empowering number 'Ye Hausle' (83), which will surely be cherished by generations to come.