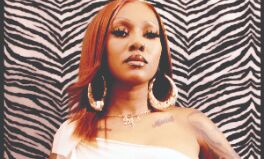 A viral 'Twitter' thread about a woman's experience of sex trafficking during a 2015 trip to Florida got turned into a movie titled 'Zola'.

Inspired by A'Ziah 'Zola' King's 148-tweet thread and a subsequent story in 'Rolling Stone' magazine about her experience, the drama follows Detroit waiter and exotic dancer Zola whose customer Stefani convinces her to travel to Florida for a weekend. But the trip soon turns sinister when Zola realises that they are traveling with a pimp who has other intentions.

King's account of the trip, whose details she later said she had embellished, lit up social media which started trending under the hashtag #TheStory. Some of those she named in the tweets disagreed with her depiction of what happened.

"I do not feel anything on that specific experience anymore," King, a producer on the film, said about watching her story unfold on the big screen.

"I was a little bit stressed at first because I did not get to hang out with Zola," Paige said of her role preparation.

She stated, "But director Janicza Bravo was like, 'Remember, this is an interpretation of someone's perception and it has hyperboles. So this is like the exaggerated version.'"