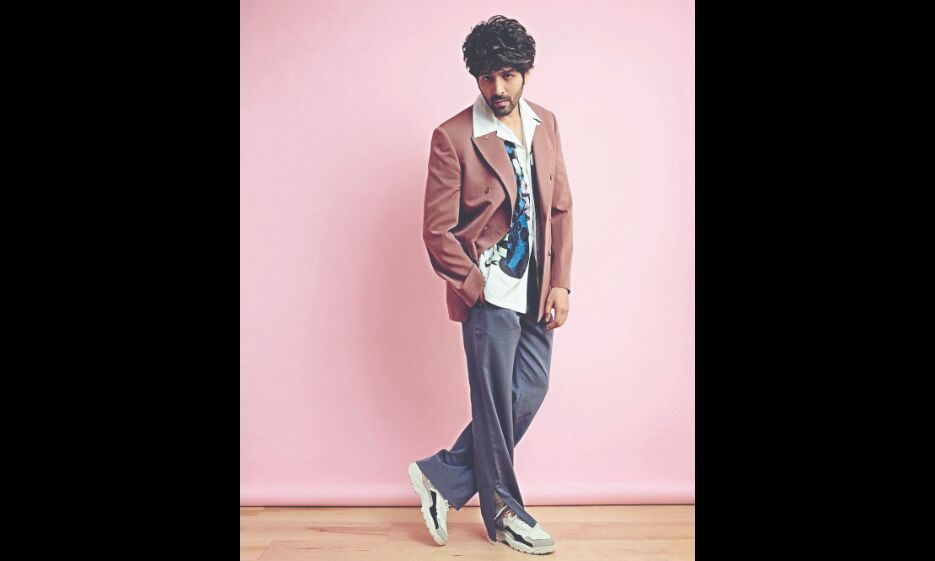 Producer Manish Shah accused Kartik Aaryan of unprofessionalism and revealed that the actor threatened to walk out of 'Shehzada', a Hindi remake of the Allu Arjun-starrer 'Ala Vaikunthapurramuloo' if the dubbed version of the film were to be released in theatres.

The theatrical release of the dubbed version was ultimately cancelled and Manish decided to debut the film on his TV channel. He said that he caved in because of the relationship he shares

with Allu Arjun and the other producers and not because of Kartik, whom he described as a Bollywood actor that he does not know.

He told a leading news agency that the producers of 'Shehzada' would have lost Rs 40 crore had Kartik walked out at this stage.

"It was extremely unprofessional of him," he said.

Manish also claimed that he has lost Rs 20 crore because of this since he was expecting the Hindi-dubbed version to perform better than the recent Allu-starrer 'Pushpa: The Rise'.

"I spent Rs 2 crores only on dubbing," he said.

'Shehzada' is being produced by Allu Aravind (who also co-produced 'Ala Vaikunthapurramuloo') in collaboration with Bhushan Kumar and Aman Gill.

This is not the first time that Kartik has been mired in controversy. The actor parted ways with 'Dharma Productions' on 'Dostana 2', for which he had even shot portions. 'Dharma', in a

statement, refused to divulge details and said that it would maintain a 'dignified silence' on the matter.

However, the 'Shehzada' team, including director Rohit Dhawan, producers Bhushan Kumar and Aman Gill have backed Kartik and claimed that he is a complete professional.

In a chat, the 'Shehzada' team said that the release of 'Ala Vaikunthapurramuloo' was stopped on their request to Manish Shah of 'Goldmines' and the leading man of the film, Kartik Aaryan, never asked his producers of 'Shehzada' to intervene or threatened to leave the film.