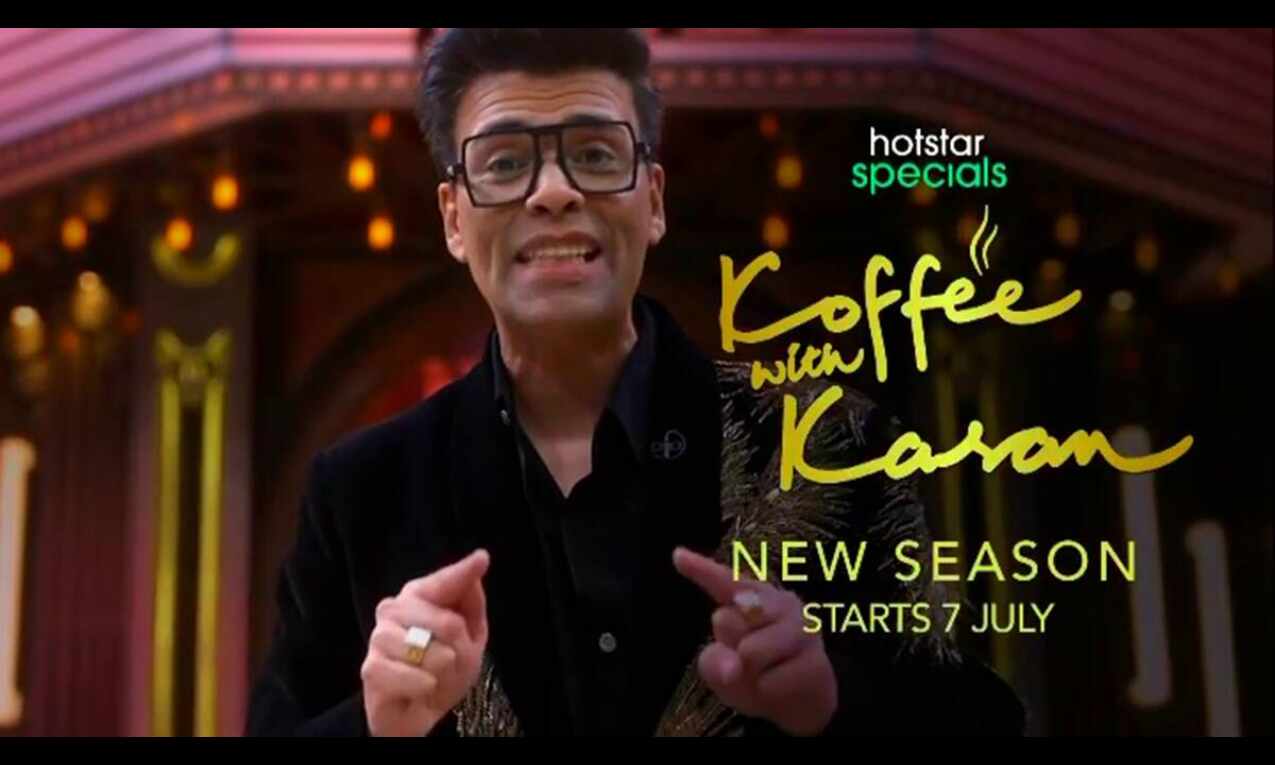 Mumbai: Filmmaker Karan Johar on Sunday said the seventh season of his celebrity chat show "Koffee with Karan" will arrive on Disney+ Hotstar on July 7.

"Guess who's back? And this time with some hot piping brew! #HotstarSpecials #KoffeeWithKaran S7 starts 7th July only on Disney+ Hotstar!" Johar wrote.

He also shared a mash-up video of the previous seasons of the popular show.

" 'Koffee With Karan' season 7 is back. This time exclusively on Disney+ Hotstar. It's going to be bigger, better, and more beautiful. Please stay tuned," the director said in the clip.

The show first premiered on the TV channel Star World in 2004 and ran for six seasons on the small screen till 2019.

On the film front, Johar is awaiting the release of his upcoming directorial "Rocky Aur Rani Ki Prem Kahani" on February 10, 2023. He has also announced "Action Film", his next movie as a director.