Alia's bridal ad has become a subject of criticism 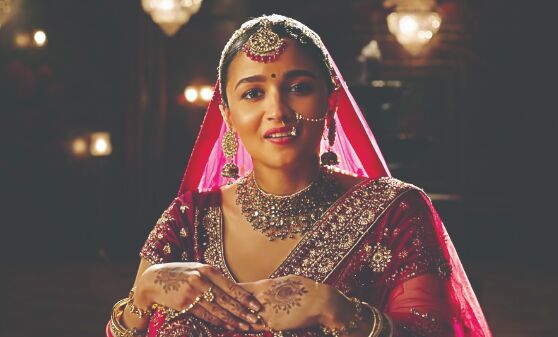 New Delhi: The bride, pretty, radiant and in red, sits in front of the sacred fire, her family, the groom and his parents around her, the love flowing like a balmy breeze. And in that arguably most precious moment, she looks into the camera and asks - why must a woman be commodified through the custom of 'kanyadaan', literally donating a daughter'.

The ad for a lehenga brand featuring Bollywood star Alia Bhatt as the much indulged daughter and granddaughter has fired debate on social media platforms and elsewhere on the age-old tradition of giving away the daughter.

Many term it Hindu phobic for casting aspersions on a ritual that is part of the warp and weft of society, others appreciate it for calling out the patriarchy that underscores the custom and there are those that feel it should have gone even further in its rejection.

"There is a growing number of young women who are beginning to think about the issue, especially as increasing number joins the work force, has access to ideas (via social media etc.) that are critical of 'women as property' concept. This ad reflects that," said sociologist Sanjay Srivastava.

In the 1.41 minute ad, Bhatt, the self-assured woman of today who also does a selfie pout with her father while at the 'mandap', recalls her lifetime of 'othering' in a monologue - her fond grandmother saying she would one day go to her own home, her father not reacting when people called her "paraya dhan" (alien property) and her mother calling her a 'chidiya' which would fly away one day.

The ad ends with the grooms's parent also joining in in the ritual (though it is unclear whether they too are giving away their son) and Bhatt's bride saying it should be 'kanyamaan' (respect for the girl child) and not 'kanyadaan', and asking, "Am I a thing to be given away?"

Actor Dia Mirza, who decided to do away with the rituals of both "bidaai" and "kanyadaan" when she got married to businessman Vaibhav Rekhi, said they wanted the wedding to reflect their "beliefs and not outmoded ideas".

"Neither of us believes that women are commodities to be given away or 'donated'. Women have agency, selfhood and can make decisions about their lives on their own so my wedding reflected exactly that by not including a ritual like 'kanyadaan'," said the actor.

She even engaged a female priest for her wedding to emphasise gender equality.

"It is time for young couples to define how they want to get married and if their ceremony is truly representative of their personalities and love for each other," said the actor, who is also the United Nation's National Goodwill Ambassador from India.

The ritual of giving away the bride is, of course, not just about Hindu weddings. It is also a vital part of a Christian wedding service where the father walks down the aisle with his daughter and "hands her over" to the waiting groom.

Brought up on tradition and a diet of popular culture, including movies, both Indian and western, many women have now begun to question the patriarchal traditions of wedding ceremonies across societies.

Mumbai-based IT analyst Meghna Trivedi, who got married in February last year, said the ritual of "kanyadaan" does not make sense in today's day and age but had to undergo the ritual anyway.

Trivedi, a Gujarati who married a Punjabi, said she asked the priest to find another way but he maintained 'kanyadaan' is a "must".

"What you mean by kanyadaan' is that you're giving away your daughter to somebody else and that is something you have to do in your life and it's related to your duties as a parent that now your daughter belongs to another family," she said.

"But I'm still my parents' daughter after I got married... 'Kanyadaan' is like you're giving me away and you have nothing to do with me anymore... You're severing ties like I'm some object basically that you're giving away. My parents did understand it but the issue was 'this is how it is, has been and will be'."

Actor Kangana Ranaut was among those who disagreed.

Criticising the ad in an Instagram post, she said, "Humble request to all brands... don't use religion, minority, majority politics to sell things... Stop manipulating naive consumer with shrewd divisive concepts and advertising... Please stop mocking Hindus and their rituals..."

Women's rights activist Shabnam Hashmi said the attacks on the ad "reflects the highly patriarchal mindsets of our society".

"It is a very progressive advertisement and raises important questions of women's dignity and equality," Hashmi said.

Sociologist Shrivastava added that people reacted negatively because there is an increasing intolerance against anything that is seen to question 'Indian traditions'.

The reaction, he said, also reflects a "male anxiety" about the changes that are happening in addition to the current climate where it has become difficult to question anything Indian/Hindu.

There were also those who felt the ad didn't go far enough.