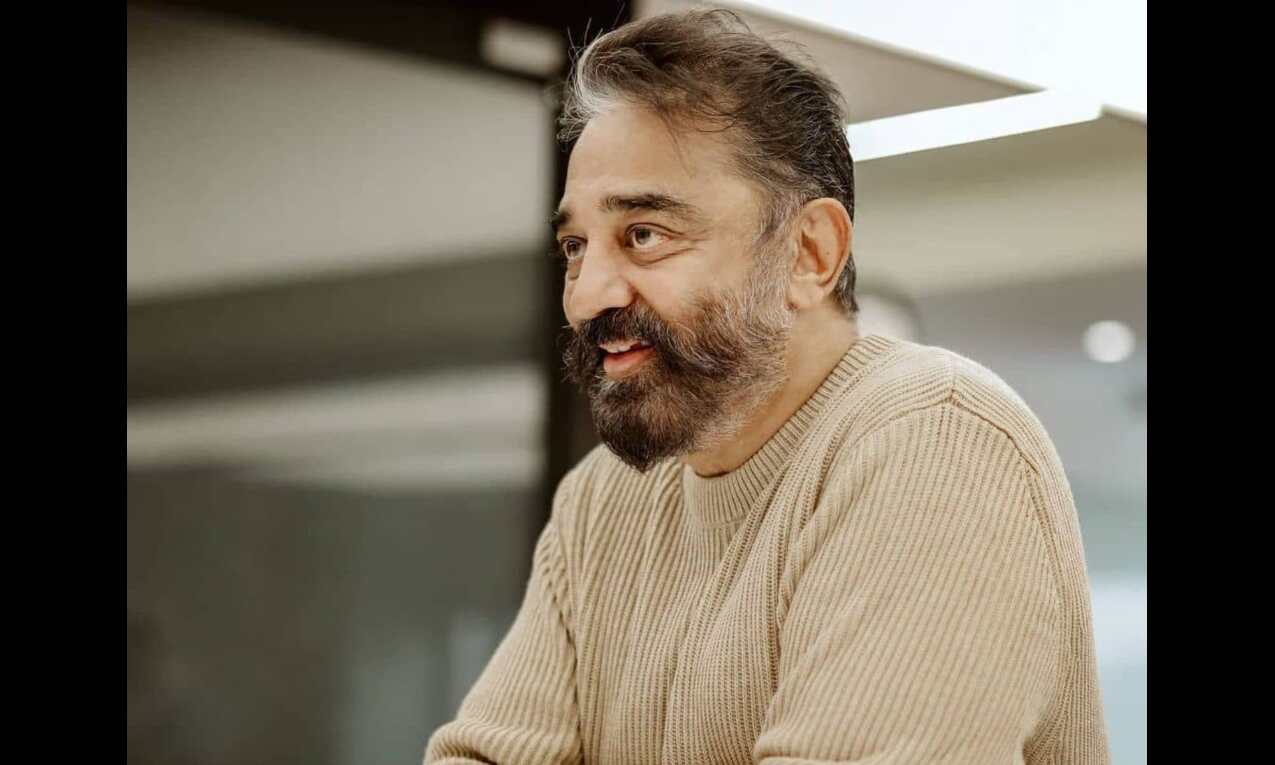 New Delhi: Veteran actor Kamal Haasan on Thursday said the term 'pan India' film was nothing but a "new coinage" as the Indian cinema has always churned out classics such as "Mughal-e-Azam" and "Chemmeen", films that were popular across languages.

Haasan, who has worked in over 200 movies across Tamil, Telugu, Malayalam, Kannada, Hindi and Bengali film industries, said the success of a pan India project depends on its universal appeal and quality of filmmaking.

"When you pan for gold, you pan for new words, coinages. Pan India (films) have always been there," the 67-year-old said in response to a question from PTI.

He was speaking at the promotional event of his upcoming film "Vikram", directed by Lokesh Kanagaraj here.

"Shantaram ji did pan India films. 'Padosan' is a pan India film. Mehmood ji almost spoke Tamil in the film. What do you call 'Mughal-e-Azam'? It's a pan India film for me. It's nothing new. Our country is unique. Unlike America, we speak different languages, but we are united. That's the beauty of this country.

"We will always be making pan-India films. It depends on how good and universal the film is. Then, everyone would like to see it. 'Chemmeen', a Malayalam film, was a pan India film. They didn't even dub it, there were no subtitles and people enjoyed it," the National Award winner added.

Asked to weigh in on the north and south cinema debate following the back-to-back success of films such as "RRR" and "KGF: Chapter 2", the actor set the record straight, saying, "I am an Indian. What are you?"

"Taj Mahal is mine, Madurai temple is yours. Kanyakumari is as much yours as Kashmir is mine," he further said, earning a round of applause from the fans.

Billed as a high-octane action drama, "Vikram" also stars Vijay Sethupathi and Fahadh Faasil along with Kalidas Jayaram, Narain, Antony Varghese and Arjun Das in supporting roles. Suriya also has a cameo in the film.

Asked about working with Faasil and Sethupathi, Haasan said the experience was like "a good meal best shared".

"My guru Mr K Balachander taught me how to enjoy sharing the screen space and not to steal the show. Both the brothers were admirers of mine, so it felt like a felicitation," he added.

Haasan also opened up his bond with a friend of 40 years and superstar, Rajinikanth.

"We do different kinds of films. Sometimes we try to do the films the other one has done. He has done some serious films also but he doesn't do it anymore. I like to entertain the audience with a variety of films."

"I am a centrist. I have a different philosophy about people and politics," the actor, who heads the political party Makkal Needhi Maiam, added.

Though its plot details are scarce, the multi-hyphenate actor described "Vikram" as a "responsible" film that was not a fairy tale.

"It's a responsible film, it's not only an entertaining film. It doesn't talk about fairy tales. It's a dark tale but we have a U/A certificate. Hopefully, we'll get it in Hindi as well."

"Vikram" is slated to be released worldwide on June 3.