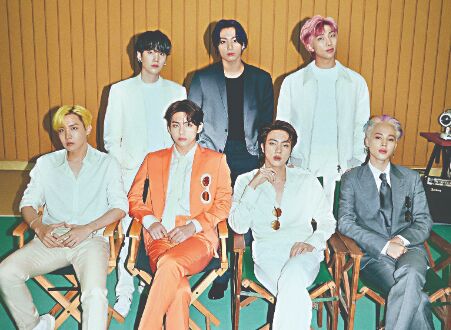 K-Pop band 'BTS' has one of the most devoted fan bases on earth, yet it was recently claimed that they had manipulated their chart success. Some critics believe that the band's followers, known as the 'ARMY', may be disrupting the system by coordinating large purchases of their songs. According to E! Online's report, 'BTS' member RM strongly denied allegations of 'manipulative' methods.

According to 'Billboard', despite the group's lower streaming statistics and radio exposure than some of its mainstream rivals, BTS' songs have topped the music charts.

"It is a fair question But if there is a conversation inside 'Billboard' about what being number one should represent, then it is up to them to change the rules and make streaming weigh more on the ranking," he said.

He added, "Slamming us or our fans for getting to number one with physical sales and downloads, I do not know if that is right. It just feels like we are easy targets because we are a boy band - a K-pop act - and we have this high fan loyalty."

Meanwhile, BTS' most recent song 'Butter' is now at number eight on the 'Billboard Hot 100' singles list. 'Permission to Dance', their previous single, sits at number 66. Both debuted at the top of the charts.

When BTS'' label president, Shin Young-Jae, was questioned whether parent firm 'HYBE Corporation' organises followers in any chart manipulation. He chuckled and replied, "Would not it be nice if we could mastermind such a thing?"

"I get that there are market developments related to 'BTS' that are head-scratchers for some people. But I do not believe the US market can be handily topped by downloads alone. We think the songs' impact was shown in many ways and we are proud of that achievement," said the president.