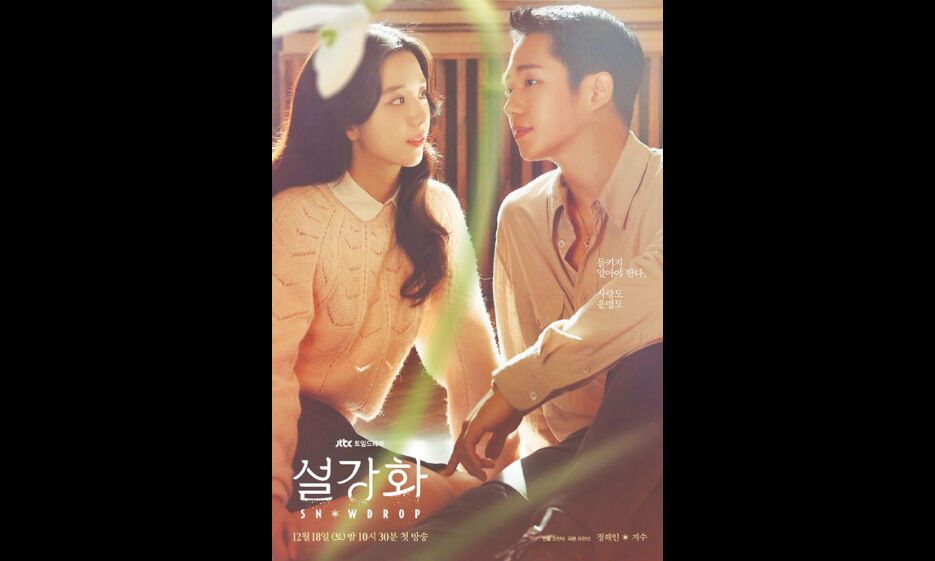 Disney+ Hotstar' recently announced that 'Snowdrop', the Korean drama starring Jung Hae-in and Jisoo, will premiere on the streaming platform on February 9 with one episode and a new episode dropping each week.

The period drama features 'Something in the Rain' star Jung and marks the lead acting debut of Jisoo, a member of the popular K-pop band 'Blackpink'.

'Snowdrop', which originally aired on the Korean channel 'JTBC' on December 18 and was available for streaming on 'Disney Plus' in selected regions, explores the forbidden love between a young couple trapped in a time of political turmoil.

The synopsis of the 16-episode drama, that aired its final episode in Korea on January 30, reads, "When a blood-soaked man (Jung) bursts into the dormitory of a women's university in Seoul, Korea, Eun Yeong-ro (Jisoo) will go against her better judgement and risk being expelled to hide the man from his attackers and tend to his wounds."

"Unbeknownst to Yeong-ro, the man has a harrowing secret that threatens to put her friends' and family's safety at risk and the two young lovers will have to work together to overcome the obstacles."

'Snowdrop' follows Yeong-ro as she goes against her family and her country to help the man she loves, while Jung's character puts everything on the line to save the only thing he loves more than his country, Yeong-ro.

The drama is written by Yoo Hyun-mi and directed by Jo Hyun-tak, the duo behind the 2018 thriller 'Sky Castle'.

Jo said he cannot wait for the international audiences to watch the series.

According to the streamer, 'Snowdrop' was among the top five most-watched

titles in the majority of APAC (Asia-Pacific) markets on 'Disney+ Hotstar' for the first five consecutive weeks after its premiere.