Juhi breaks silence on her fight against 5G tech 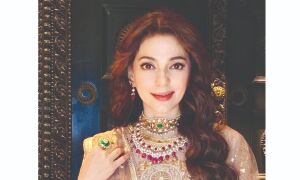 Earlier this year, actor Juhi Chawla left social media abuzz after she filed a lawsuit against the introduction of 5G technology in India. However, the Delhi High Court dismissed the suit and imposed a fine of Rs 20 lakh on her and two other applicants. The development led to netizens accusing the actor of seeking publicity from the lawsuit. After weeks of silence, on Monday, Juhi Chawla opened up about her decade-long campaign to raise awareness about electronic magnetic field radiation or EMF radiation.

Juhi Chawla issued a statement which read, "Whatever transpired in June left me feeling hurt and confused. On one hand, I received some bad press and publicity, on the other, I received heartwarming messages from unknown people telling me they were genuinely and completely in support. One such message was from a group of farmers in Maharashtra that brought tears to my eyes. They wished to carry out a voluntary drive to collect a small sum of money from each of their 10,000 farmer community to help me pay the hefty penalty I had been fined with."

Opening up on why she maintained silence all these days, the actor said, "All this while I remained silent because I believe silence has its own deafening sound, but now I'd like to bring forth some very important and shocking details of happenings in my 11-year journey of discovering EMF radiation, its health effects and the glaring ignorance of certain authorities in this regard. I hope you can make some time to watch this video."

Recalling an incident in 2010, Juhi Chawla said that she saw mobile towers near her home on a guest house property. That led her to delve deep into the effects of radiation. "We managed to get an agency from Hyderabad to check the radiation

frequency at the house. As I was at home that day, the operator showed me the meter, which was already at the highest level. Once the reports came in, we were told that radiation of such a high level could have ill effects on our health."

The actor and her neighbour wrote to the RTI and out of 14 mobile towers placed opposite her house, 13 were removed within a few days and were found to be illegally constructed. That's when they started to help others facing a similar issue.