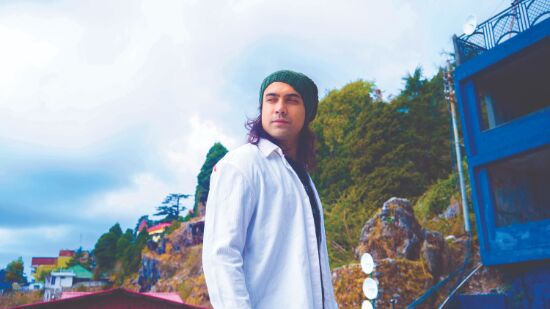 After the success of their first evergreen collaboration 'Kuch Toh Bata Zindagi', hitmaker Pritam and singer Jubin return with another romantic song.

Talking about his upcoming song, singer Jubin Nautiyal said, "I'm quite excited and happy to do another love-filled romantic song with Pritam Da. Our last song was very well received by the audience and I'm hoping this one too will make space in your hearts for a long time. Pritam da is known for his timeless melodies and I cannot wait for the audience to hear this one too."

On the night of November 20, Jubin Nautiyal performed at an open concert at the 'Falcon Festival' in Umrangso, Assam and dropped a big announcement for his fans. Being on a beautiful Island close to nature, Jubin took this opportunity to surprise his fans with his new song.

Talking about performing at the 'Falcon Festival', Jubin said, "We had a full house gig last night which aims to preserve the migrating birds that visit the Island of Assam by traveling thousands of miles from across the world.