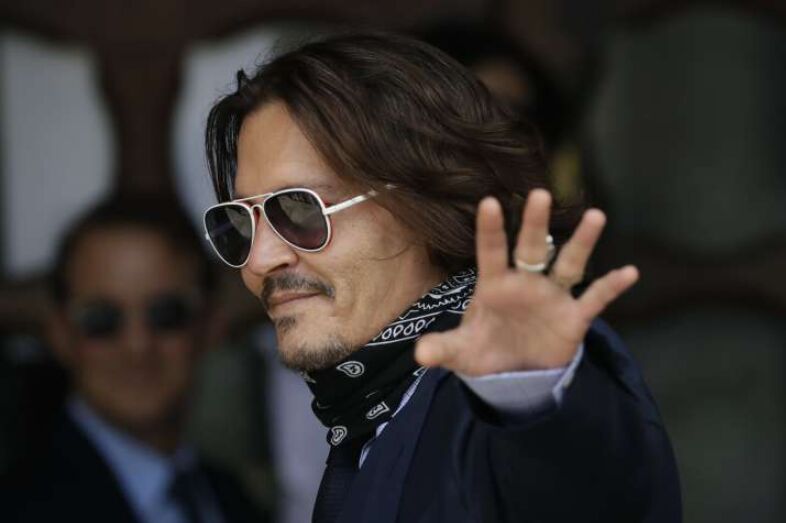 Los Angeles: Actor Johnny Depp, one of the most popular stars of Hollywood, says he feels he is being boycotted by the film industry as his latest movie "Minamata" is yet to get a release in the United States.

In a recent interview with The Sunday Times, the actor detailed his recent legal situation, life turmoil and acting career.

Depp, whose ex-wife Amber Heard has accused him of domestic violence, called his fall from Hollywood's good graces an "absurdity of media mathematics."

Some films touch people and this affects those in Minamata' and people who experience similar things, Depp said of the Andrew Levitas-directed movie, which features him as W Eugene Smith, an American photojournalist who helped expose the devastating impact of mercury poisoning on coastal communities in Japan in the 1970s.

"And for anything.... for Hollywood's boycott of me? One man, one actor in an unpleasant and messy situation, over the last number of years?" he added.

The interview marks the "Pirates of the Caribbean" star's first media interaction after losing libel case against British tabloid The Sun, which referred to the actor as a wife-beater in an article about him and ex-wife Heard.

Last year, the court ruled that the publication proved the content of its article to be "substantially true," and the judge found that 12 of the 14 alleged incidents of domestic violence had occurred.

"(We) looked those people in the eyeballs and promised we would not be exploitative. That the film would be respectful. I believe that we've kept our end of the bargain, but those who came in later should also maintain theirs," Depp said about the delay in the film's release.

He added that he is moving towards where I need to go to make all that to bring things to light.

The actor, however, is also finding some support in the global film industry as the San Sebastian Film Festival has stood by its decision to honour Depp with their top prize, the Donostia Award, a lifetime achievement honour that recognises outstanding contributions to the film world."

The Karlovy Vary International Film Festival in the Czech Republic also said it would celebrate Depp and recognize and pay tribute to the acclaimed actor's extensive career and lasting legacy on the film industry globally."