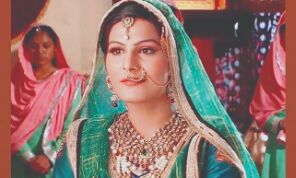 TV actor Manisha Yadav died of brain hemorrhage on Friday according to reports. She was best known for playing the role of Salima Begum, one of Akbar's wives, on Balaji Telefilms' popular historical romantic drama Jodha Akbar.

Paridhi Sharma, who played the lead role of Jodha Bai in the Ekta Kapoor creation, expressed her shock through an Instagram story. She wrote, "This news is so heartbreaking. RIP @manisha_mannu."

Paridhi revealed that she got to know about the tragic news by way of a WhatsApp group made up of female actors on the show.

"I wasn't in constant touch with her after our show went off air. But we have a WhatsApp group which is named Mughals and all the actresses who were begums in the show are a part of that group. So that's how we stay in touch and if anything important is to be shared about anyone's life, we do that on the group. I got to know about this yesterday on the group and I was shocked," she said.

She further said that she is especially saddened over the fact that Manisha had an infant, whose pictures she regularly shared on her Instagram profile.