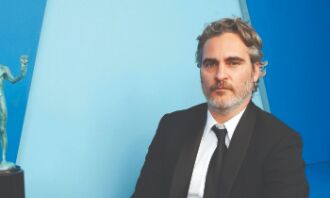 Oscar-winning actor Joaquin Phoenix suggested that a sequel to 'Joker' is possible as there are more things to 'explore' with the villain.

The 46-year-old star won the 'Best Actor' award for his role as Arthur Fleck/Joker in the 2019 movie, which serves as an origin story to the iconic 'Batman' villain.

Phoenix told 'Playlist', "This is an interesting guy. There are some things we could do with this guy and could explore further. But as to whether we will, I do not know."

It was reported earlier this year that director Todd Phillips was working on a script for the sequel and he previously suggested that a follow-up had been discussed during filming for the first film, reported 'variety.com'.

Speaking after the movie's release, the filmmaker said, "Well there was a push for a sequel even before 'Joker' came out."

"A movie does that kind of business and became that beloved around the world - they had talked to us about it. Joaquin and I had spoken about it anyway as far back as when we were shooting the movie," he added.

Phillips had planned to get 'DC' and 'Warner Bros.' to focus on movies that explore the darker side of their superheroes and hoped that other filmmakers would embrace the concept.

The 50-year-old director explained, "I pitched it as three movies with 'Joker' being the first with me and then these two other movies with two other directors."

"But I do not want to name them, because then it will become a thing and I'm pulling these directors into it when I've never even told them about it. It was just me telling 'Warner Bros.' about it," he added.