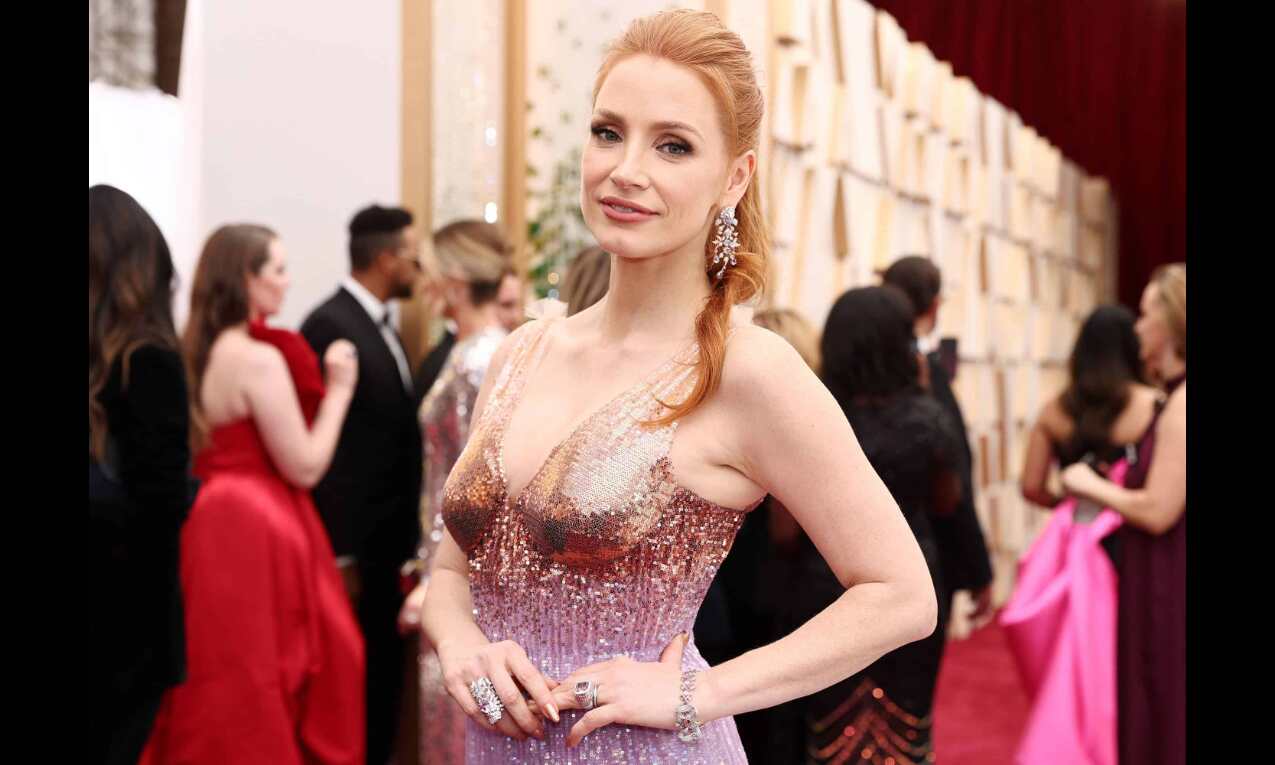 Los Angeles: Actor Jessica Chastain bagged her maiden Oscar trophy at the 94th Academy Awards for her portrayal of American evangelist Tammy Faye Messner in the biographical drama "The Eyes of Tammy Faye".

The actor faced strong competition from past Oscar winners Olivia Colman ("The Lost Daughter"), Penelope Cruz ("Parallel Mothers") and Nicole Kidman ("Being the Ricardos"). Kristen Stewart of "Spencer" fame was also nominated in the category.

In the movie, directed by Michael Showalter, Chastain starred as Bakker from her humble beginnings growing up in International Falls, Minnesota, US, through the rise and fall of her televangelism career and marriage to Jim Bakker (Andrew Garfield).

Chastain was presented her trophy by last year's best actor winner Anthony Hopkins, who appealed for "peace, love and quiet" after this Will Smith punched comedian Chris Rock minutes before his win in the best actor category for "King Richard".

Hopkins joked about Smith's lengthy acceptance speech with: "Will Smith said it all. What more can be said except peace, love and quiet..."

In her speech, Chastain, 45, who has been a vocal advocate of mental health awareness, said she was inspired by Messner and her "radical acts of love".

"...We're faced with discriminatory and bigoted legislation that is sweeping our country with the only goal of further dividing us. Violence and hate crimes are being perpetuated on innocent civilians all over the world. And in times like this, I think of Tammy and I'm inspired by her radical acts of love. We've talked about love a lot tonight. And I'm inspired by her compassion," Chastain said.

The actor said she views Messner, who died in 2007 at the age of 65 and her many acts of love as "guiding principle that leads us forward".

"It connects us all in the desire that we want to be accepted for who we are, accepted for who we love. And to live a life without the fear of violence or terror. And for any of you out there who do in fact feel hopeless or alone. I just want you to know that you are unconditionally loved for the uniqueness that is you," she added.

The actor, who underwent a physical transformation for the role, played the character with effortless charm as she got to explore her comedic timing, dynamic expressions and powerhouse vocal interpretation.

Chastain's nomination for "The Eyes of Tammy Faye" was her third Oscar nod as she was earlier nominated for the best-supporting actress trophy for "The Help" in 2012 and a year later for best actress for "Zero Dark Thirty".

Some of her notable films include The Debt, Take Shelter, Coriolanus, The Tree of Life, "Molly's Game", "Interstellar" and Texas Killing Fields.

While she was regarded as a sure-shot winner in the best actress in a leading role category, Chastain rose to become a nominee worthy of an Oscar after she received a Screen Actors Guild Award and Critics' Choice Award for her role as Tammy Faye.