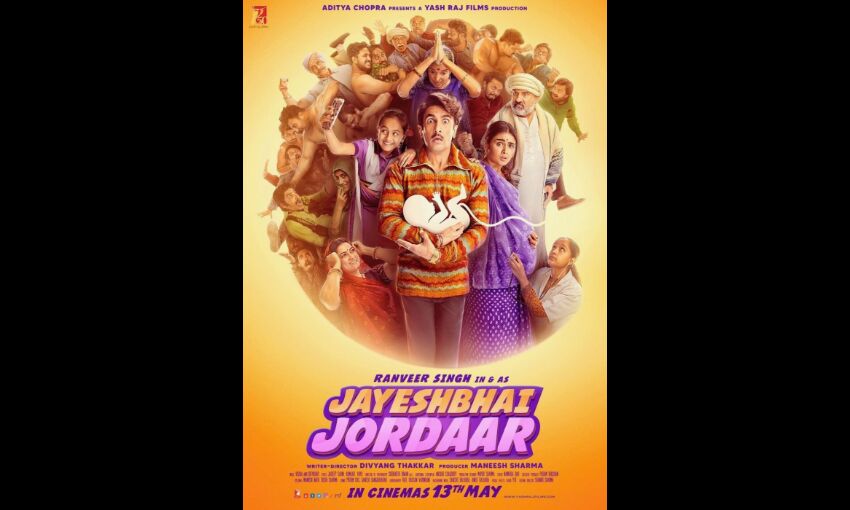 Ranveer Singh starrer Jayeshbhai Jordaar's trailer was released a few days back and has received a positive response from the audience. While the fans are eagerly waiting for the release of the film, it has now landed in legal trouble over the portrayal of a prenatal sex-determination scene in the trailer.

In the movie, the 'Gully Boy' star essays the role of a Gujarati man named Jayeshbhai Patel married to Mudra Patel (played by Shalini Pandey), who is fighting to save the life of his unborn girl child.

According to a news portal, 'Jayeshbhai Jordaar' has been challenged by the Delhi Court regarding the scenes in the trailer. The plea, filed by advocate Pawan Prakash Pathak, said the representation of prenatal sex determination is 'statutorily prohibited'. He also hopes that the scene will be 'deleted on grounds of promoting prohibited activities'.

The comedy-drama film is slated to hit the theatres on May 13 this year. Produced by Aditya Chopra and Maneesh Sharma under 'Yash Raj Films', this film marks the directorial debut of actor-turned-director Divyang Thakkar. Apart from Ranveer and Shalini, the film also stars Boman Irani, Ratna Pathak Shah and Deeksha Joshi playing supporting roles.

Apart from this, Ranveer Singh has many interesting movies in his pipeline. He will be seen next in Karan Johar's 'Rocky Aur Rani Ki Prem Kahani' with Alia Bhatt, Dharmendra, Shabana Azmi and Jaya Bachchan. The 'Bajirao Mastani' star also has Rohit Shetty's 'Cirkus' and the Hindi remake of the Tamil movie, 'Anniyan'.