Javed Akhtar gets a legal notice 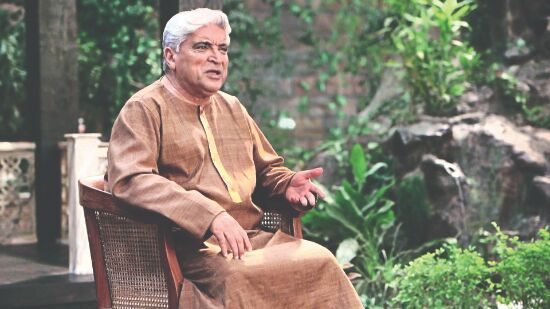 On September 22, a city-based lawyer sent a legal notice to lyricist Javed Akhtar for allegedly making 'false and defamatory' remarks against the Rashtriya Swayamsevak Sangh (RSS) in an interview to a news channel and sought an apology from him over it.

The lawyer, Santosh Dubey, also said he would file a criminal case seeking damages of Rs 100 crore from Akhtar if he fails to tender an 'unconditional written apology' and withdraw

all his statements within seven days from receipt of the notice.

Javed Akhtar (76) in a recent interview drew parallels between the Taliban and Hindu extremists.

The lawyer's notice claimed that by making such statements, Javed Akhtar has committed

an offence under Indian Penal Code Sections 499 (defamation) and 500 (punishment for defamation).