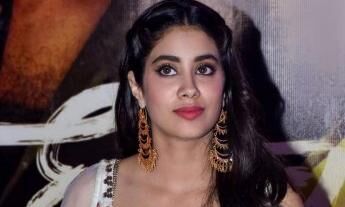 Mumbai: Actor Janhvi Kapoor on Wednesday started training at a cricket camp for her upcoming movie "Mr and Mrs Mahi".

The actor took to Instagram and shared images from the cricket camp, featuring crickter Dinesh Karthik and the film's director Sharan Sharma.

Sharma had made his directorial debut with the 2020 film "Gunjan Saxena: The Kargil Girl", starring Kapoor in the title role.

Rao and Kapoor will play characters named Mahendra and Mahima, respectively, in "Mr And Mrs Mahi".

The film is scheduled to be released in theatres on October 7 this year.