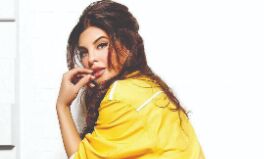 Sukesh Chandrashekhar reportedly used to contact Bollywood actor Jacqueline Fernandez via caller ID spoofing from Tihar Jail. Jacqueline, who was questioned as a witness in connection with an alleged Rs 200-crore money laundering case, was reportedly a victim of the racket. ED sources recently revealed details of the alleged conman's spoof call.

As per a news report, Enforcement Directorate sources said, "When Jacqueline started believing Sukesh, the conman also started sending her expensive flowers and chocolates as a gift."

The financial probe agency reported that Sukesh Chandrashekhar would mask his real identity while talking to the actor. He would also reportedly portray himself as a big personality. ED sources also reportedly claim that Jacqueline was not the only Bollywood personality who fell prey to the racket. Sukesh had also targeted another famous female personality but the details of the other person remain unknown.

Another news report stated that the alleged conman connected with the 36-year-old actor via his partner Leena Paul. The ED reportedly cleared that Jacqueline was not an accused in the racket. Instead, she was interrogated as a witness against the alleged conman, Sukesh Chandrashekar.

"She is not an accused but is being examined as a witness in the case against the conman Sukesh Chandrasekhar," sources in the Enforcement Directorate said.

Jacqueline's statement in the case has been considered 'crucial'.