Jacob to headline a series adaptation 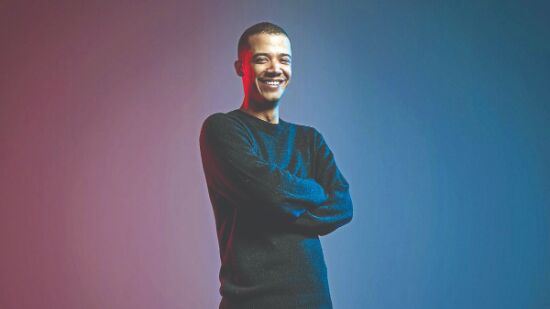 Jacob Anderson, who played the 'Unsullied' leader on HBO's 'Game of Thrones', has landed a leading role in the series adaptation of 'Interview with the Vampire'.

According to 'The Hollywood Reporter', the show is based on Anne Rice's Gothic vampire novel and is expected to air on 'AMC' in 2022.

Anderson will play Louis, a young man who is seduced into the world of the undead by the amoral vampire Lestat, played by Sam Reid.

Rolin Jones will serve as creator, show-runner and executive producer of 'Interview with the Vampire'.

The show reunites Anderson with 'Game of Thrones' director Alan Taylor, who is helming the first two episodes.

It is being eyed as a launch-pad for a franchise universe based on Rice's novels.

Anderson, whose credits also include the acclaimed crime drama 'Broadchurch', will next appear in a recurring role in the upcoming season of cult sci-fi series 'Doctor Who'.

1994 feature adaptation of 'Interview with the Vampire' starred Brad Pitt as Louis and Tom Cruise as Lestat.