It's script over language for me: Rakul Preet Singh 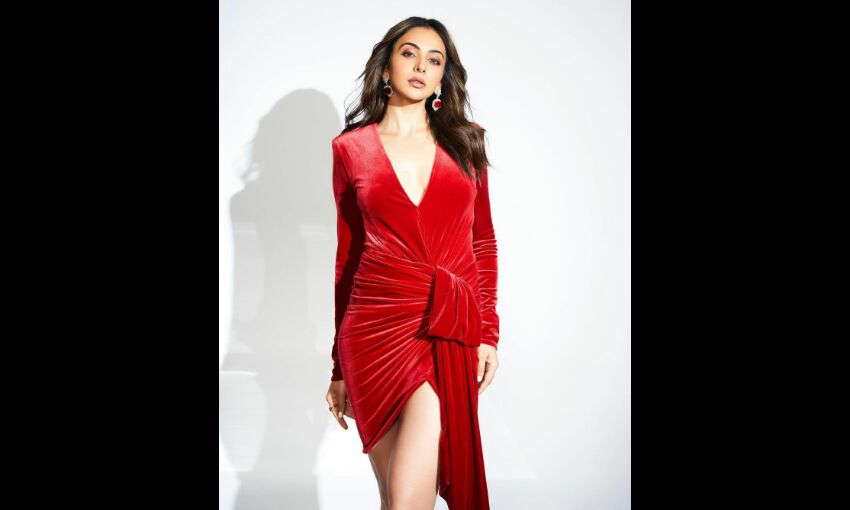 Rakul Preet Singh is currently busy in Bollywood and has been doing a Telugu film once in a while. She was last seen in 'Check' and 'Kondapolam' in 2020 and 2021 respectively. While her Telugu fans have been disappointed with her disappearance in Tollywood, the actor now opened up about why she has not been doing much in Telugu movies.

In an interactive session with fans on 'Instagram', Rakul opened up about why she is not doing Telugu films. A fan asked the actor, "Will you do any Telugu film or do you want to stick to only Hindi movies (with crying emoticon)?"

To which she dropped a video message, "No, of course, I would do a Telugu film. I'm just waiting to do something different, something that really challenges me. Yeah, right now, I'm busy with projects here but for me, it's script over language." She added heart emojis with answers.

Rakul Preet Singh is part of Kamal Haasan's 'Indian 2' but it got halted due to many reasons. Now, the film is expected to resume shooting again. She also had a Tamil movie titled 'Ayalan' with Sivakarthikeyan. Although the shoot was wrapped up long ago, it is not known why the movie didn't reach the audience yet.

In Bollywood, Rakul Preet Singh has many promising projects waiting to be released in 2022. The actor will play the leading lady in the social drama 'Doctor G' along with Ayushmann Khurrana and Shefali Shah. She will be seen in Indra Kumar's comedy film 'Thank God', co-starring popular actors like Ajay Devgn and Sidharth Malhotra, which will release on Diwali