Selena Gomez on the final film in 'Hotel Transylvania' franchise 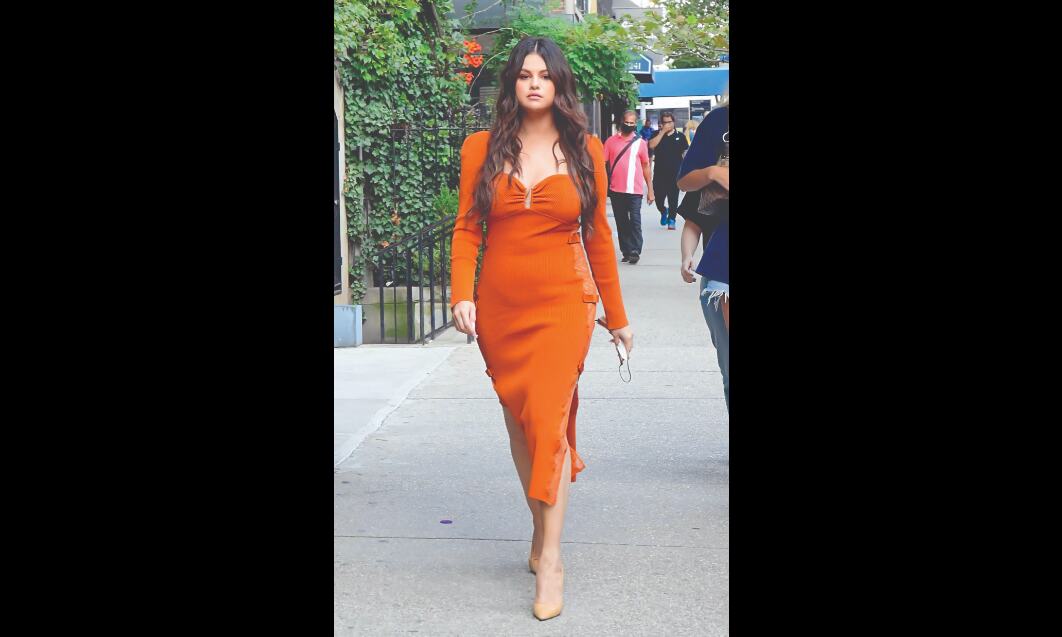 Selena Gomez spent close to a decade voicing the ebullient Mavis in 'Hotel Transylvania' films and the multi-hyphenate global star says it was hard to say goodbye to the beloved franchise with the upcoming fourth movie.

The fourth instalment 'Hotel Transylvania: Transformania' will bring the curtains down on the franchise as well as on Gomez's character Mavis and her husband Jonathan, voiced by Andy Samberg.

"I'm sad, of course. Obviously, it was so much fun and it was years of my life and it felt like home. It felt like a family. So, it is bittersweet. I think that we were running out of ideas and we have done a good job at creating really great messages within movies. So, I do not know. I'm kind of bummed. Andy and me. We are going to have to do something else together," the 29-year-old actor told PTI in a 'Zoom' interview.

The 'Hotel Transylvania' films will always remain special to Gomez who started out as a teen actor with TV series 'Barney and Friends' and later played the lead role of Alex Russo in 'Disney Channel' show 'Wizards of Waverly Place' (2007–2012).

Over the years, Gomez has formed a pretty impressive resume that includes movies such as 'Spring Breakers', 'Getaway', 'The Fundamentals of Caring' and 'A Rainy Day in New York'.

And on the other side, Gomez has been equally popular for her singing with hits tracks like 'Come and Get It', 'The Heart Wants What It Wants', 'Good for You', 'Same Old Love', 'Hands to Myself', 'We Don't Talk Anymore' and 'It Ain't Me'.

Talking about the 'Hotel Transylvania' films, Gomez joked that she recently noticed that her voice has 'changed' as she played Mavis over the course of four films.

She added that she could personally relate to the journey Mavis has had in the whole franchise.

"I think that Mavis cares a lot about her family and she cares a lot about making sure that everyone's happy. Sometimes I'm guilty of being a little bit of a people pleaser. It is nice but also sometimes you got to take care of yourself. So, I relate to her in that way, in that manner," she said.

Gomez added, "Also, my voice changed drastically from the first one to this one. And so, it is kind of insane. I'm proud to have grown up with Mavis and she is a good person. I hope I'm a good person."

'Hotel Transylvania: Transformania', which made its debut on streaming service 'Amazon Prime Video' on January 14, is directed by Jennifer Kluska and Derek Drymon from a screenplay by Amos Vernon, Nunzio Randazzo and Genndy Tartakovsky, who directed the first three films.

While one journey comes to an end, another has just yet begun for Gomez, who most recently featured in smash hit mystery comedy series 'Only Murders in the Building', co-starring comedy legends Steve Martin and Martin Short.

The show, which released on 'Hulu' last year, received unanimous praise for its story, music and setting as well as the performances by the three lead stars.

Gomez is currently working on the second season of the series.

"It is safe to say that when you are with Steve Martin and Martin Short, you have got legends and you have got a whole fan base that is incredibly loyal across all generations. For me, it was really cool to show my eight-year-old sister who Steve and Marty were," she shared.

Selena added, "So I think it was a combination of obviously the team that created it and also the fact that it was during the pandemic. It is odd to say that 'Only Murders in the Building' was a comforting show, but in a way, it worked because we tried to make people laugh, but also keep them on their toes and excite them the whole time. So, it was a blast. I'm so happy that people like it."