'It was well defined on paper for me to understand' 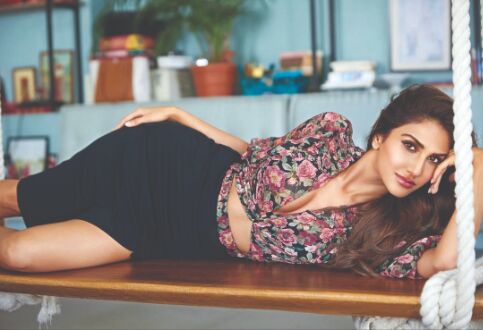 Bell Bottom', which was recently released in the cinema theatres amid the pandemic, is inspired by true events with the film will following the story of a plane hijacking.

Vaani, who plays Khiladi Kumar's wife in the movie, recently opened up about her part in the film. She shared her thoughts on the blink-and-miss appearance in the trailer.

"The makers have kept it a certain way. The film is being led by Akshay Kumar's character. The story is about a plane that gets hijacked. It is based on these two events that happened in the late 1970s and early 1980s during Indira Gandhi's time as the Prime Minister of India. Keeping it very crisp, my part is of this girl who is married to Akshay's character. My character is sweet, refreshing and lovely. She is also the backbone of his life. As a personality, she is very level-headed and centered. There is a lot to explore in her character, which one can talk about after the film releases," she said.

The 'War' star added that the role was not too difficult for her to essay.

"Having said that, yes, it is not the most difficult part for me to play. It was well defined on paper for me to understand what she is or who she is. And it did not take a lot of research for me to crack her," she stated.

Vaani also shared that her role in 'Bell Bottom' is not just of a trophy wife, but a woman of substance and that the film is content-driven. She also said that she believes in seeing the bigger picture.

"I believe that you could be a small part of a very important film and do well or you could be a big part of a film that is not well written or well made. So, I think sometimes you have to take these decisions," concluded the 32-year-old.