Home > Entertainment > It was never about numbers but about creativity: Abhay Deol
Entertainment

It was never about numbers but about creativity: Abhay Deol 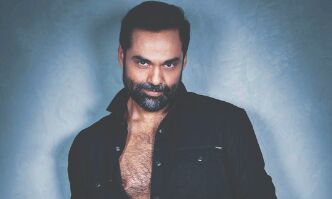 Abhay Deol has walked on a road less travelled in Hindi cinema and the actor said it was important for him to achieve 'creative' satisfaction over 'commercial success'.

Courtesy his unconventional choices right from his debut 'Socha Na Tha' to films like 'Manorama Six Feet Under', 'Oye Lucky! Lucky Oye', 'Dev D' and 'Shanghai', he was touted as the poster boy of indie cinema when he entered Bollywood 16 years ago.

"We are working in a field where it is not nine-to-five that what you deliver eventually dictates what you will get coming into the future. It is not a secure industry you could be up one day and gone the next day," said Abhay.

He added, "I wanted to do well enough for me to continue making films I wanted to make, which nobody was making at the time when I started. So, it was more to try, not that I wanted success not so much. It was never a numbers game. It was always a creative game."

As long as his creativity was recognised, the actor said, he knew that he could get his next job.

"Because everybody as much as needs that commercial success, they also want that creative success. And commercial success can generally follow a formula. That is why they are commercially successful and there is nothing new. Something new is always a risk and I chose that path," he shared.

His next 'Velle', is an adaptation of the 2019 Telugu crime-comedy 'Brochevarevarura'.