'It was interesting to make him a Bollywood star' 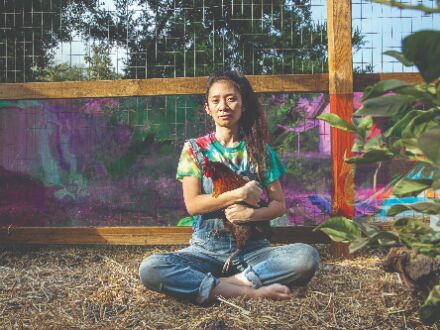 Oscar-winning filmmaker Chloe Zhao said that Kingo in 'Eternals' is a character that 'loves pop culture and showmanship', which is why making him a Bollywood star grooving to a 'beautiful, joyous dance sequence' in the big 'Marvel' movie felt 'incredible'.

The director said that Kingo, played by Pakistani American star Kumail Nanjiani, was always supposed to be a Bollywood hero.

"When I came into the process, there was a treatment and in the treatment, there are always stories and parts that take place in Mumbai. Kingo is a Bollywood star in the present day and I thought that was so interesting because we knew Kingo is going to be a character that embraced the side of humanity that loves pop culture storytelling and showmanship," Zhao said.

On bringing together different cultural elements to a superhero film, the Chinese American director said the character arc of Kingo is a breath of fresh air.

"It was interesting to see the writers and the 'Marvel' team did not just make him a Hollywood star since we have seen him in many times, but really to make him a Bollywood star and have this beautiful, joyous dance sequence. I thought it was incredible to include the dance sequence in a big 'Marvel' movie," she added.

'Eternals' introduces audiences to 10 never-seen-before superheroes, played by some of the biggest names in Hollywood such as Angelina Jolie, Salma Hayek, 'Game of Thrones' stars Richard Madden and Kit Harington.