'It was an emotionally heavy film' 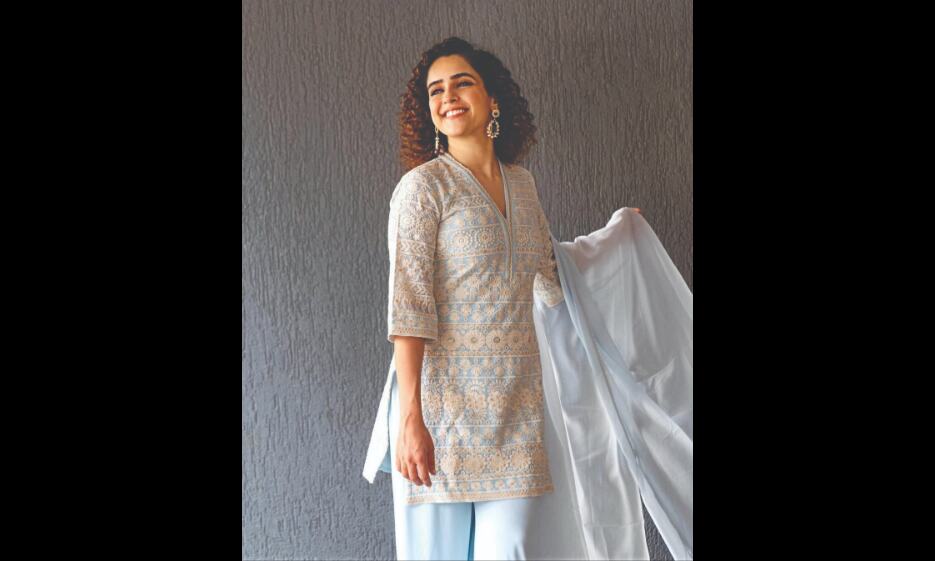 Sanya Malhotra said that her upcoming crime thriller 'Love Hostel' was a challenging film to pull off as her role was 'emotionally taxing'.

'Love Hostel' follows the volatile journey of a rebellious young couple, played by Malhotra and Vikrant Massey, who is being hunted by a ruthless mercenary (Bobby Deol).

The 'Pagglait' star, who plays Jyoti in the film, said the movie is mounted on a 'crackling' script by writer-director Shanker Raman, known for helming the acclaimed Pankaj Tripathi starrer 'Gurgaon'.

"It was a difficult film for me to shoot because it was emotionally quite taxing. I would joke with friends that I had to take therapy simultaneously the film is that powerful. It is an emotionally heavy film but one which I truly enjoyed being a part of," said the 29-year-old actor.

Set against the backdrop of North India, 'Love Hostel' is about honour killings and traces the life of a couple on the run as they fight for survival amid bloodshed.

This is the first time Malhotra has ventured into a gritty space like 'Love Hostel' and said the experience was rewarding.

The actor has previously featured in films like the romantic comedy 'Meenakshi Sundareshwar', crime comedy 'Ludo' and romantic drama 'Photograph'.

"This film pushed me to a place where I had not ventured before. It is a tough role as it required me to be in a certain state of mind. The film is also something one has not seen on the screen before. It was a truly exhilarating experience," the actor added.

The film is backed by 'Red Chillies Entertainment', 'Drishyam Films' and will premiere on 'ZEE5' on February 25.

Apart from 'Love Hostel', Malhotra will also be seen in the mystery thriller 'Hit - The First Case', a remake of the 2020 Telugu hit of the same and Vicky Kaushal starrer 'SamBahadur', directed by Meghna Gulzar.