It is impossible not to be a massive SRK fan: Tahir 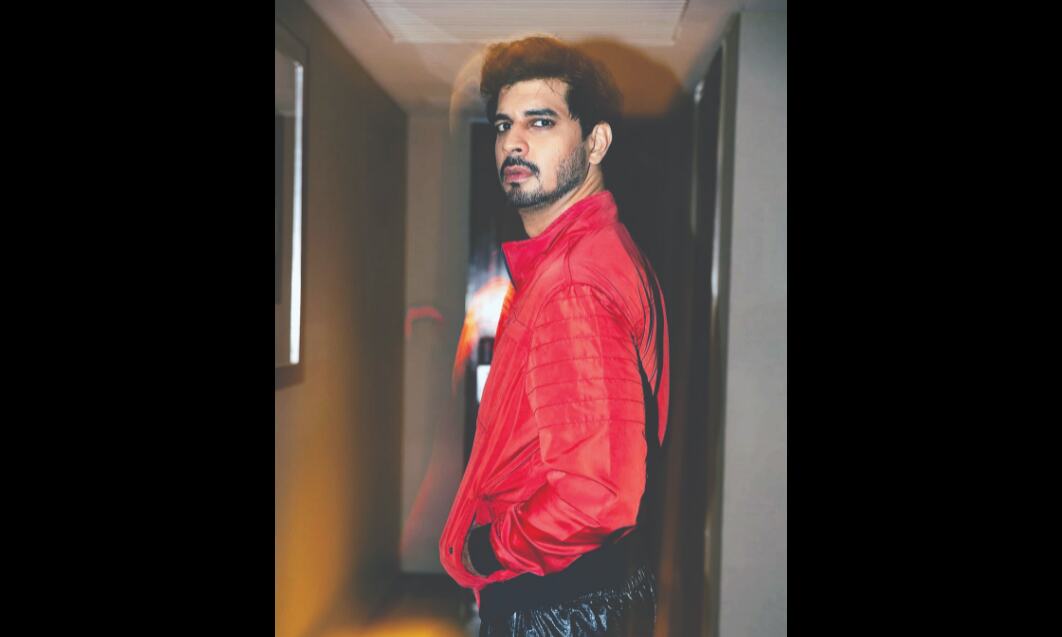 The cast of the upcoming show says these throwbacks to the filmography of Khan, including movies like 'Baazigar', 'Dilwale Dulhania Le Jayenge' to 'Om Shanti Om' come from the utmost respect they have for the superstar who defines 'all shades of romance'.

Set in the fictional town of Onkara, the story of 'Yeh Kaali Kaali Ankhein' follows a romantic simpleton, Vikrant, played by Bhasin. He is an object of desire for Purva (Singh), who will go to any lengths to get him.

The eight-episode series will see the mild-mannered Vikrant developing a new side to him. To escape Purva's clutches and reclaim his life with his true love, Shikha (Sharma), he goes down a dark path only to regret it later in this pulpy thriller.

As a 'Delhi boy who comes to Bombay to act', Bhasin said it is impossible not to be a massive Shah Rukh Khan fan.

"There is superstardom and then there Is Shah Rukh Khan. He no longer represents the superstar - he is an institution of someone who has a dream and puts in everything to make it. It was superb to know that there was SRK trivia thrown into the series," he said.

He added, "It is applicable too because the series is very pulpy Bollywood. It has throwbacks to the 1990s purely in terms of the theme: there is passionate romance and revenge. There is a character arc where an ordinary man faces extraordinary circumstances."

The trailer of the series, created and directed by Sidharth Sengupta, also introduces the viewer to a new phrase: 'Shah Rukh-giri'.

When you say 'Shah Rukh-giri', it means being a hero, said Bhasin.

"It is with most humility and respect that these references have been made," he added.

For Tripathi Sharma, no one romances on-screen like Shah Rukh Khan.

"He has shown us all shades of romance. I think that is the beauty about being an artiste and the kind of

person that he is.

That is what I love about cinema that influences your daily life. Entertainment is a major chunk of

this but there is so much more," she said.