'It goes beyond human drug trials' 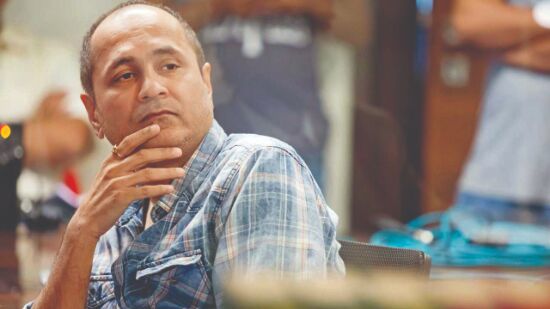 Mumbai: Filmmaker Vipul Shah says his upcoming medical thriller series 'Human', starring Shefali Shah and Kirti Kulhari, aims to cut through all strata of society as it juxtaposes the underbelly of human drug trials with the lives affected by it.

'Human', a 10-episode Disney + Hotstar show, is co-directed by Vipul and 'Zubaan' maker Mozez Singh, both helming five episodes each.

'Human' marks the digital directorial debut of Vipul, who has helmed films like 'Namastey London', 'Waqt: The Race Against Time' and 'Aankhen'.

In an interview, the director said the show tackles the issue of human drug trials from all possible angles.

"As it deals with the whole society, we wanted to represent the entire society through the show. Not just touch the rich class or the poor class... We wanted to go as wide as possible.

"You will see the pharma corporate world, the world of doctors--ethical and unethical--the suffering of common people, the brokers, the victims who become subjects of these human trials without their knowledge," he said.

Though the series is mounted on the premise of chronicling the underbelly of the medical world, Vipul said it does not lose out on its emotional core.

"Amidst all of this, there are personal relationships. So it goes beyond the human drug testing (angle) into the real emotions that human beings live with. Everything is rolled into one story. The show is extremely vast and at the same time, intimate," the 54-year-old added.

'Human' is a story of three principal characters, Dr Gauri, played by Shefali, Dr Saira (Kulhari) - both reputed doctors working in Bhopal - while 'Mardaani 2' fame actor Vishal Jethwa plays a common man from a ghetto, who unknowingly gets trapped into the scam of human drug testing.

The show traces how their lives intersect and what eventually transpires because of that clash.