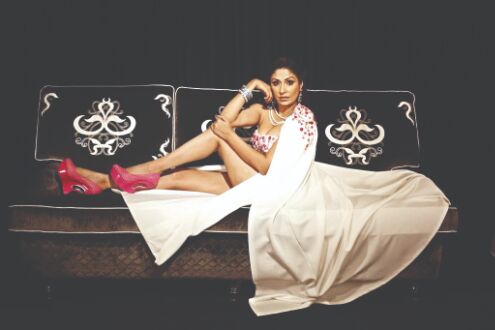 Ex-Bigg Boss contestant Pooja Mishra is excited about her new book titled 'Yes you can be a Viral Reality Show Star'.

Earlier this year, the visuals from Bigg Boss 5, where Pooja is seen breaking a broom and mouthing her iconic dialouges 'You are asking for it,You are dying for it', went viral. The meme caught the attention of several international celebrities like Kal Penn and Khloe Kardashian, who later shared it in their own style.

Mishra, who became an internet sensation post the viral meme, decided to take us on an elaborate journey of the reality show sphere, where she kicks off by educating us about the various types of reality shows that exist, bluntly summing it up as the 'Reality' of reality shows. She also talks about what makes reality television an unparalleled craze and more. She then doles out secrets on how anyone can become a viral reality show star wherein she helps one develop their personality to shine as well as gives tips on how to score at the auditions. Upnext Pooja talks about how to

master the game and go for the kill. Last but not the least, the writer actually gives a chance to its readers to by mentored by her.

Previously, Pooja has contributed many articles to Her World magazine (Singapore), Gulf News (Dubai), Airport Magazine (India), Perfect Woman (monthly column), mypencil.dot.com (monthly column) etc. She has been running her own registered proprietorship firm, Pooja Misra Production since 2012 and has created various tv shows, web series, written 4 books and is in the process of making a reality show, music video and short film.