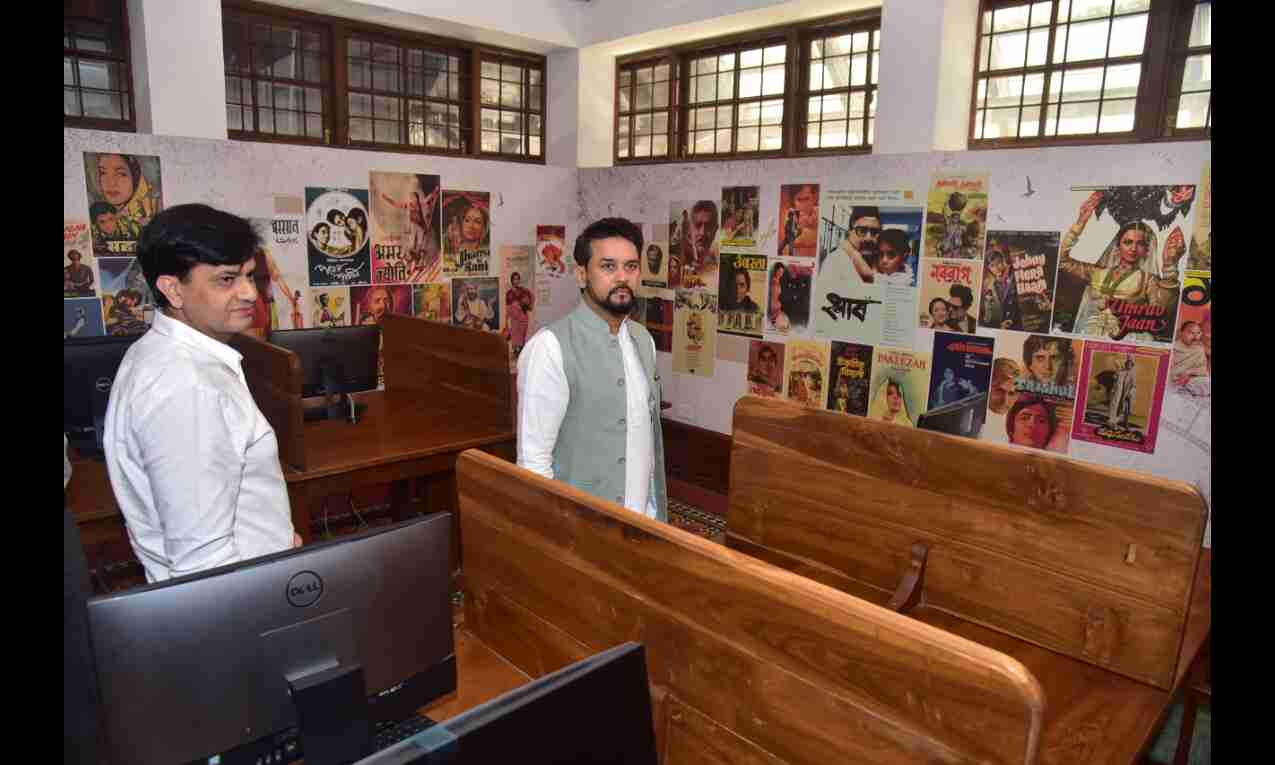 Minister of Information & Broadcasting Anurag Thakur has recently announced that the World's largest film restoration project under National Film Heritage Mission (NFHM) will begin with a budget of INR 363 crores, which is awarded by the Ministry.

National Film Heritage Mission in addition to restoration also involves the ongoing preservation processes of film condition assessment, preventive conservation and digitization, with a total allocated budget of INR 597 crores, which is one of the world's largest film preservation missions.

The restoration project now awarded is set to commence in full swing at NFAI. The process involves frame-to-frame digital and semi-automated manual picture and sound restoration from the best surviving source material. The source negative/print will be scanned at 4K to .dpx files, which will be then digitally restored. The damages including scratches, dirt and abrasions in every frame of the picture negative will be cleaned during the restoration process. The sound is also restored in a process similar to the picture restoration procedure. The numerous pops, hisses, crackles and distortions on the sound negative will be digitally removed. After restoration, the digital picture files will be color graded(DI process) and balanced to achieve the look of the film at the time of the original release.

In the interim, NFAI undertook the restoration of 10 prestigious Satyajit Ray films which will be subsequently showcased at various International Film Festivals. Of which, Pratidwandi has been selected by Cannes to premiere in the Cannes Classics Section of the 2022 edition. A restored version of G.Aravindan's 1978 Malayama film Thamp will be showcased at Restoration World Premieres in Cannes by the Film Heritage Foundation, which is also being collaborated for preservation with NFAI.

Under NFHM, approximately 2,200 films will undergo restoration. The titles have been shortlisted by forming language-wise committees consisting of filmmakers, documentary filmmakers, film historians, producers etc. Eminent film personalities such as Aparna Sen, Shriram Raghavan, Anjali Menon and Vetrimaaran were part of the committees.

Beyond Satyajit Ray films, feature films as diverse as 'Neelakuyil' (Malayalam) and 'Do Aakhein Barah Haath' (Hindi) will also be covered. Extremely important shorts and documentaries from the collection of NFAI, Films Division and other rare materials, including pre-independence, will also be restored as they capture the growth of India like no other.

Indian Cinema, which has been in existence for more than a hundred years now, holds a very unique place in the pantheon of world cinema. The restoration of Indian films will once again give a chance to the current and future generations to relive the glory of these films which have enamored audiences for decades.