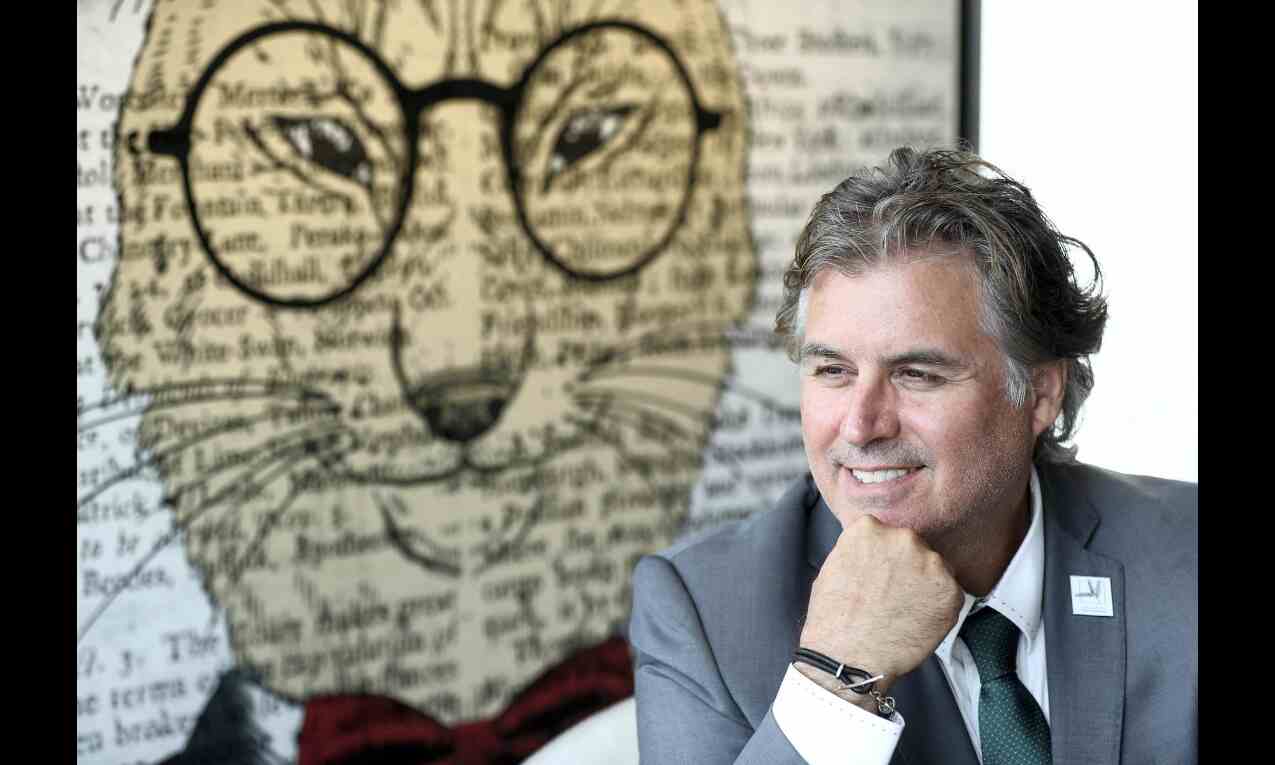 One of the things the Indian film industry has that its Abu Dhabi counterpart doesn't, the commissioner said, is experience.

"We have a lot to learn from you. International experience is one of the best ways to accumulate the understanding of the different cultures," Fraikin said at a talk here on Saturday.

The ADFC offers a 30 percent cash rebate on production of feature films, TV series and commercials and last year the government formalised the Culture and Creative Industries (CCI) sector.

"They announced a big investment into the CCI sector as part of their economic development programme. One of the four priority sectors is the CCI because they see it as a key sector to diversify from oil and gas," Fraikin added.

On the film side, the government announced AED 30 billion investment to develop the ecosystem, he said.

The Backlot is a step in the same direction.

The Indian delegation, headed by Apurva Chandra, Secretary, Ministry of Information and Broadcasting, at the ongoing EXPO2020 Dubai was invited to the site visit of the Backlot to Abu Dhabi by the government on Saturday.

Spread over 4 mn sq ft of land between Abu Dhabi and Dubai, the area already houses six existing outdoor sets, one of them is called the 'Tiger' set, where filmmaker Ali Abbas Zafar's 2017 action film "Tiger Zinda Hai" was shot.

A dilapidated mosque, demolished buildings and a hospital, among other structures, from the Salman Khan-Katrina Kaif-starrer flank the Backlot's entrance.

"We're also building a film city there," Fraikin said, quipping it won't be as big as Ramoji Film City in Hyderabad.

The ADFC is building 10 permissible sand stages, production offices and warehouses, five of which are going to be for virtual productions, which the commissioner described as "the new way of making films".

For ease of business, the Comprehensive Economic Partnership Agreement (CEPA) was signed between India and the UAE last month.

It is the first bilateral agreement between India and a country in Asia and not just the Middle East region.

The reason why Indian productions like Abu Dhabi as a location is because they "easily find talented and experienced crew that speak the language and understand the culture", the commissioner added.

"They were here for a month-and-a-half. They had a scene where they needed 2,500 extras that must look like they come from Lucknow. We found them in all of Abu Dhabi," Fraikin said.

Tiger Shroff-starrer "Heropanti 2" was shot in Abu Dhabi, where the award ceremony for the International Indian Film Academy (IIFA) will also be held in May.

Indians don't just love living and working in the city because of the diaspora but also because they love the quality of life, the commissioner explained.

"This connection with India is solidifying by the minute," he added.

"Whether its filming permits, the crew, the equipment transfer, visual effects and all that red tape which makes it easier to the producers, actors, company owners and the works."

Citing the example of "Mission: Impossible 7", the film commissioner said the cast and crew of the action film shot for two-and-a-half-months in Abu Dhabi.

It was perhaps the "biggest production ever" that he has seen.

"Only the crew was 250 in number, the whole team was about 500. There were a dozen nationalities working together on the film," Fraikin added.

Chandra said it was a matter of happiness to see the kind of promotions Abu Dhabi is doing for films.

"Some of our largest films are made here. We share a long cultural relationship with Abu Dhabi. We have a lot of stories to tell that are common with each other and that reflects in our cooperation in this particular sector.

"You have decided to have CCI as a champion sector to move out of oil and make this as one of your focus areas. In India also media and entertainment is the lifeblood of our country," the I&B secretary said.

He also said that the India media and entertainment sector is projected to grow from USD 30 million to USD 100 millionn over the next decade, films constitute Rs 20,000 crore that is USD 3 million.

"In India, we are spending around USD 1 bn on content every year," Chandra said, adding that the 30 percent cash rebate will be helpful to filmmakers across languages.

After the mammoth success of the "Baahubali" franchise, Indian films are gaining visibility around the world, he added.

"Even the smaller films are getting international recognition courtesy streamers like Amazon, Netflix and others."

To which Fraikin said, the ADFC is a "format, genre and budget agnostic" entity.

The I&B secretary also invited the ADFC to set up a branch in Mumbai to encourage co-productions between India and the UAE and so that the countries benefit from mutual incentives.