'Important to love your character and not judge it' 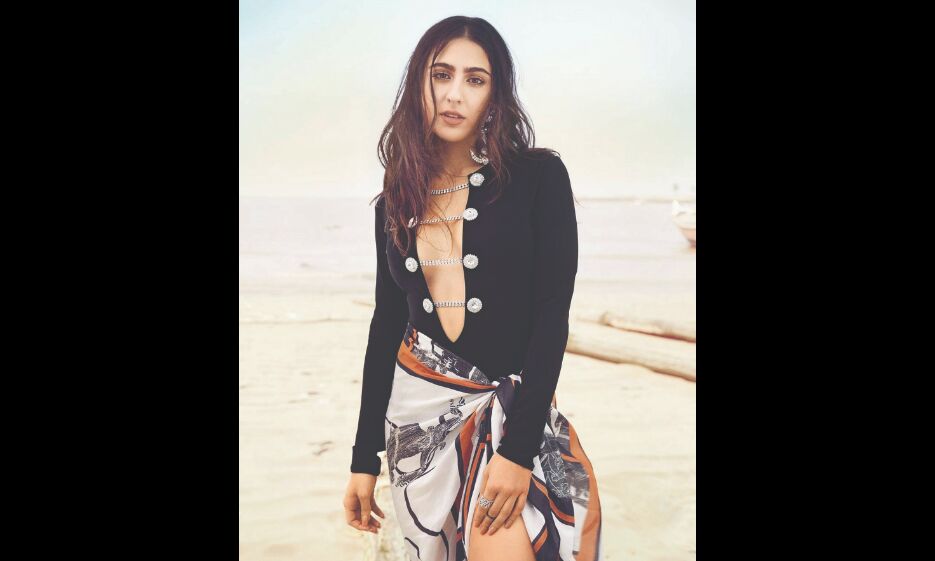 Actor Sara Ali Khan says she fell in love with her 'Atrangi Re' character soon after filmmaker Aanand L Rai gave her the narration.

The actor, who stars opposite Dhanush and Akshay Kumar in the twisted and complex love triangle, said she has tried to

get into the psyche of her character Rinku rather than judging her.

"My favourite thing about this character is that she is saying verbally strong, assertive and confident things but in her soul is a very young childlike innocence," said Sara.

The 26-year-old actor said it is seldom that an artiste gets the opportunity to play a strong-yet-innocent character.

"It is not very often that you come across something like this. When she says that, What if a girl gets two (men)?', she is not preachy and she is not starting a feminist 'andolan' (movement). She is telling you what she really wants with so much innocence. She is not trying to be funny, she is genuinely saying what's the problem," she added.

Sara said she liked how Rai played with "inner versus outer characterisation" of Rinku.

"He said, 'I want hooton pe gaali but aakhon mein nami chaiye' (I want a curse on the lips but tenderness in the eyes)... Aanand made me fall in love with Rinku, which is so important.

"It is important to love the character, understand and accept, and not judge. As an actor you just have to understand what you are going through, react and be present in the present moment. That's the key," she added.

It is for the first time, the Simmba actor is paired opposite Dhanush and Kumar. Ever since the trailer came out, there

have been voices critical of the age gap between her and her co-actors.

Sara said for her the script and the director are more important than who is starring opposite her in the film.

"The cast thing is not my job. If Aanand ji feels this is a perfect cast, I am in full support of this. If AR Rahman is doing the music, Dhanush and Kumar are my co-actors then it is sone pe sugaha (added bonus). But that is never the thought process."

Sara said the film came to her at a time when she, like everybody in the world, was going through a tumultuous 2020.

Sushant Singh Rajput, her co-star from first film "Kedarnath", died in June 2020, while her films were affected due to the coronavirus pandemic.

"One learns to take each day as it comes. I did that all of 2020, throughout lockdown and you are thankful for the things that you have.

"Today, I am so proud of my own self. We are nearly in 2022, when I look back at 2020, there were so many things that weren't good, sad, scary, so much happened in the year but Atrangi Re' was enough to keep me going," Sara, who is the daughter of actors Saif Ali Khan and Amrita Singh, added.

She credited her father for showing her how one should always take risks in life.

"He has always been a person who has taken risks. He did Omkara' and Hum Tum' very close to one another. That is something I am almost envious of, apart from being proud. Pride is my first sentiment and second is envy. Because that is any actor's dream."

Sara has also learnt that one should not be too bothered by past successes or failures.

"Acting is not a profession that you can do under stress, under pressure, you just need to go in there and be true to your world, that's the only way," she added.

The actor, who has previously worked with filmmakers Abhishek Kapoor, Rohit Shetty ("Simmba"), Imtiaz Ali ("Love Aaj Kal") and David Dhawan ("Coolie No 1"), believes the experience of collaborating with these directors has helped her in becoming a better actor.