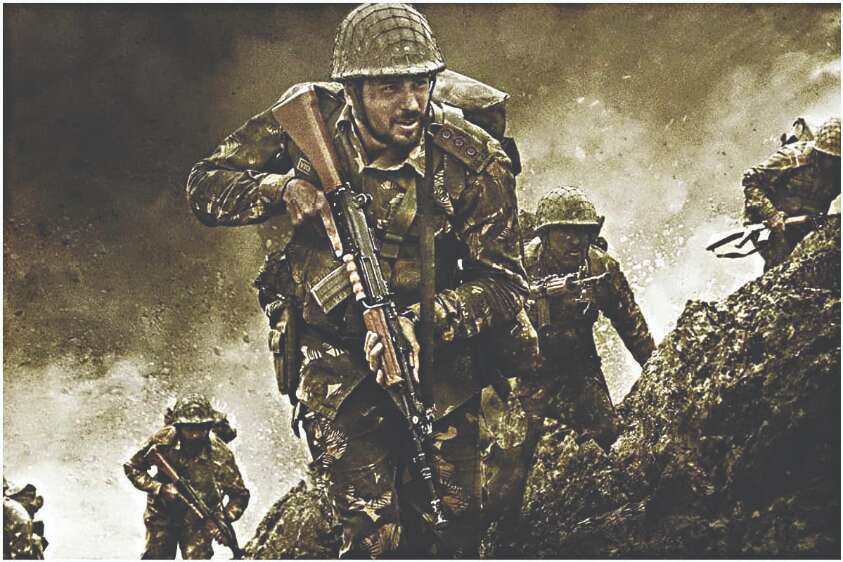 Kargil: 'Shershaah' director Vishnuvardhan says the film, a biopic of Kargil martyr Captain Vikram Batra, comes with a certain responsibility and that's why the team ensured that they got all the facts right.

The movie features actor Sidharth Malhotra as Captain Batra, who was martyred while fighting for the country during the 1999 Kargil War with the Pakistan Army at the age of 24. He was awarded the Param Vir Chakra posthumously for his valour.

Vishnuvardhan, known for directing Tamil-language films like 'Arinthum Ariyamalum', 'Pattiyal' and 'Billa', said utmost attention has been paid to document the 1999 Kargil war events in 'Shershaah' in the most honest way possible.

"For a film like this, you need to get your facts and details right and it is more important to express it in the right way. We were careful. Hence we took so much time.

"In the process of filming, we had to treat it in a cinematic way but there was a responsibility to document it as real as possible, the 44-year-old filmmaker said in an interview.

Though the film has taken certain cinematic liberties in presenting Captain Batra's story on the screen, the team has remained truthful in their quest, Vishnuvardhan added.

The filmmaker said that they took requisite permissions before they started making the movie, which also features actor Kiara Advani as Captain Batra's fiancee Dimple Cheema.

"Everything is transparent. I don't think it will hurt anyone's sentiment as the intention was to be honest. The support from the family and the Indian Army was immense. Besides, we have NOCs (no objection certificate) from them and we had two army personnel present on the sets," he added.

Vishnuvardhan hailed Malhotra and Advani for diving deep into their characters to comprehend the emotions.

"One thing is what you hear in reality and what you imagine what would have happened. There is a huge difference there. So how are you going to strike a balance? That is where the preparation for both comes.

"They both (Sidharth and Kiara) gathered a lot of information as she met Dimple and he interacted with a lot of officers and the family... The key was not to get into mimicking or imitating them. So, for people, who have not seen or don't know Vikram and Dimple, Kiara is Dimple and Sidharth is Vikram," the filmmaker said.

For Vishnuvardhan, the most exciting part about making the biographical movie was the research process.

He said directing 'Shershaah', which borrows its title from Batra's codename, was "once in a lifetime opportunity" for him.

"His life story is so fascinating. At the age of 24, he chose to serve the nation and his journey I believe has been truly inspirational. We hope it will inspire a lot of people. It was motivating for me to explore a new world. Everything fell in place like the story, perfect casting, location, etc, the director added.

He revealed that the movie comes from a personal space as his grandfather had served in the Indian Army and at one point, he was also eager to follow in his footsteps.

But fate had other things planned for him when he was cast as an actor in celebrated filmmaker Mani Ratnam's 1990 movie 'Anjali'.

He later appeared in Ratnam's movies 'Sathriyan' and 'Iruvar' as well as Santosh Sivan's 'The Terrorist', before making his directorial debut with 2003's 'Kurumbu'.

"The takeaway is the dream to know more about the people in service. It was an opportunity for me to get to know them. I feel more than being our film, it is Indian Army's film.

"It is their story and they own it. We were actually a tool, who have tried to make something of their story. We tried to depict their story onscreen, which would inspire many people. This belongs to the Indian Army," Vishnuvardhan said.

The movie will premiere on Amazon Prime Video on August 12.