'I'll watch the movie as an audience' 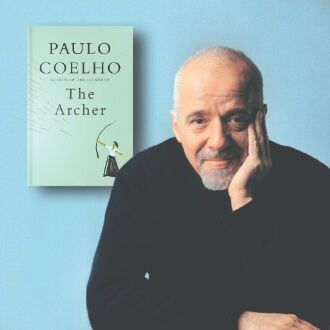 Author Paulo Coelho has cleared the air about his involvement in the screen adaptation of his best-selling book 'The Alchemist'. Coelho took to his Twitter handle recently and shared that he will watch the movie as an audience.

The author's tweet comes after news emerged that Hollywood star Will Smith and wife Jada Pinkett Smith have come on board to produce the project under their banner Westbrook Studios, along with Netter Films. The announcement took place at the Cannes Film Festival earlier this month.

Paulo Coelho shared a news report about Will Smith introducing the teaser of 'The Alchemist's' adaptation. In a second tweet, the writer added that he sold the rights of the book way back in 1992. He tweeted, "As for #TheAlchemist as a movie (previous tweet): I have no news and I do not want to get involved in the production. I will watch it when it is ready. But I sold the rights in 1992, so "Maktub"… Needless to say that I am a big fan of Will Smith."

The Hollywood Reporter recently claimed that production on 'The Alchemist' adaptation has come to a standstill once again due to financial constraints. The report, however, quoted a production spokesperson who clarified that there wasn't a financial issue but rather a rights-transfer issue, which is expected to be resolved in the coming days.