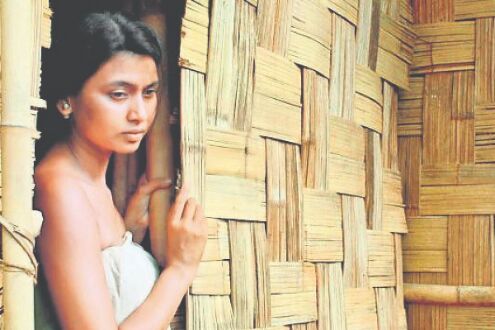 The Indian Panorama section of the International Film Festival of India (IFFI) opened here on the weekend with the screening of filmmaker Aimee Baruah's 'Semkhor' in the feature film category and Rajiv Prakash's 'Ved The Visionary' in the non-feature film category.

Union Information and Broadcasting Minister Anurag Thakur inaugurated the sidebar section, which will see the screening of a total of 25 feature films and 20 non-feature films.

Filmmaker and actor SV Rajendra Singh Babu headed the jury that picked the movies for the feature category from a wide pool of 221 contemporary Indian films.

"Diro belongs to the Samsa community in Semkhor. When Diro dies, his wife, who worked as an assistant mid-wife, takes care of their three children. She gets her only daughter Muri, aged just eleven, married to Dinar. Unfortunately, Muri dies after giving birth to a girl child. As per the custom of Semkhor, if a woman dies during childbirth, the infant is buried alive along with the mother. But Diro's wife protects Muri's infant, indicating a new dawn in Semkhor," reads the synopsis of "Semkhor".

Baruah, who learned the Dimasa dialect, prevalent among the Dimasa community in Assam, said she feels honoured that her film was selected as the opening feature of Indian Panorama 2021.

Prakash said his English language film "Ved The Visionary" has been the most cherished project of his life.

The movie tells the story of filmmaker Ved Parkash and his journey of conquering the world of newsreel filming during 1939-1975. His extraordinary works included the news coverage of Mahatma Gandhi's funeral in January 1948, which was nominated for the British Academy Awards in 1949; the change of power when India became independent; the tragedy that followed India's Partition, etc. A large part of the visuals of India and its tumultuous formative years is a gift of his hard work and aesthetics.

"Being selected to open the non-feature segment of the Indian Panorama is indeed an honour for me. It is a treasure trove of visual history, documented on film and how my father conquered the world of new wheel turning. His exceptional skills and fortitude along with his relentless resilience earned him his repertoire in the field of filmmaking," he said.

In his opening remarks, Thakur urged the people attending the IFFI to send their suggestions to make the festival even better in future editions.

"I urge you all that since I don't have much experience about films and this industry, if you have any suggestion to promote Indian cinema and take forward this festival. We also want to promote regional content at the national and international level.

"Today, it is possible that if you are creating good content, your work will not be restricted to your region. Content is the king. We are the largest producer of films in the world but at the same time, how many films are acknowledged at the international level? We have the talent among us as well as the technology and the skills," the union minister said.

It is important to look at the Animation, Visual effects, Gaming and Comic (AVCG) sector, Thakur added.

"With technology, you can showcase something which was unimaginable a few years back," he said.

Thakur also observed that the people behind the camera are now being recognised at various government platforms.

Tamil movie 'Koozhangal' (Pebbles), India's entry for the 2022 Academy Awards in the international feature film category, will be screened in the feature category, which is dominated by Marathi and Bengali movies.

Actor Parambrata Chattopadhyay's directorial 'Abhijaan' is among the five Bengali movies, while Marathi films include features like 'Godavari', 'Funeral' and 'Bittersweet'.

There are four Kannada movies in the segment as well. Hindi-language movies are 'Eight Down Toofaan Mail' and 'Alpha Beta Gamma', besides two Malayalam films.

The entries for the non-feature segment of the Indian Panorama were selected by a jury headed by documentary filmmaker S Nallamuthu.

It also has three English movies, along with two Bengali and one film each from Assamese, Garhwali, Gujarati, Marathi, Oriya, Manipuri, Santali and Tamil languages.