'I was waiting for my switch to turn off' 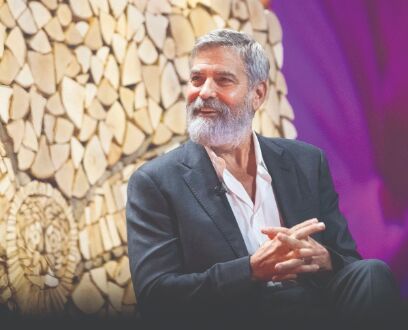 George Clooney, in a recent interview with 'The Sunday Times', opened up about turning 60 and more. The actor also shared details about his near-fatal motorbike accident from 2018 which happened on the set of his film 'Catch 22'. The actor recalled the terrifying moment when he was laying on the ground and thought it was the 'last minute' of his life.

Clooney was involved in a deadly set accident when he was thrown from his motorbike after he was hit by a car while filming 'Catch 22' in Sardinia in 2018.

In his recent interview with 'The Sunday Times', the actor spoke about the accident and how he felt: "I was waiting for my switch to turn off. I'm fine now."

Clooney further added how the accident also made him realise other things, mainly when it comes to the reaction of the bystanders: "If you are in the public eye, what you realise

when you are on the ground thinking

it is the last minute of your life is that, for some people, it is just going to

be entertainment for their 'Facebook' page. You want to take everyone and shake them."

Recently, George also opened up about the emotional moment that he and Amal decided to have kids. The actor recalled how in his first meeting with Amal itself, he realised that she was the one. The actor revealed how despite never wanting marriage and kids, he felt differently after meeting Amal. The couple is parents to four-year-old twins Ella and Alexander.