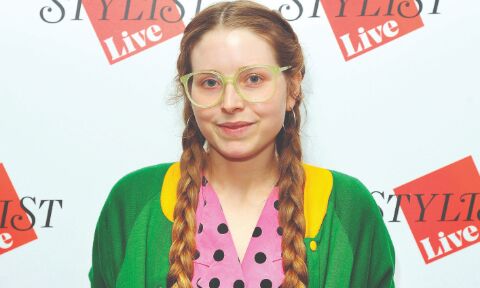 'Harry Potter' fame Jessie Cave revealed that she was treated like 'a different species' on set after gaining weight between the last two films.

The actor, who played the role of Lavender Brown in the 'Harry Potter' films, is now a successful author, comedian and illustrator. Since the films, she is known for her self-deprecating humour on stage as well as in her cartoon-strip doodles.

Speaking about her time on the 'Harry Potter' sets to 'The Independent', she said, "I gained a lot of weight after doing 'Harry Potter' because I was not starving myself and I was growing up and that is just what happens," she admitted.

When Cave returned to 'Deathly Hallows' parts one and two, she shared her experience: "I was treated like a different species. It was horrible. It was probably more me and my insecurity, knowing that I was not fitting into the same size jeans, but it was not a time where actresses were any bigger than a size eight. I was a size 12 when I came for 'Deathly Hallows'. So that was horrible. It was an uncomfortable experience."

Jessie also said that the attention she got from playing Lavender Brown 'felt like a light was being shone on her'.

"But you get a bit bigger or you are not as relevant. It goes off and you have to make your way in the dark. I felt invisible when I gained a little bit of weight," stated the actor.

In the 'Harry Potter' franchise, Lavendar Brown was Ron Weasley's annoying girlfriend. Later, she participates in the 'Battle for Hogwarts' before ultimately dying.

Talking about her experience, she added, "Since then, it made me have weird issues with weight and work and it is so messed up, but it is just how it is. Women have to deal with that all the time."