'I was lost in the misogynistic hell of Hollywood' 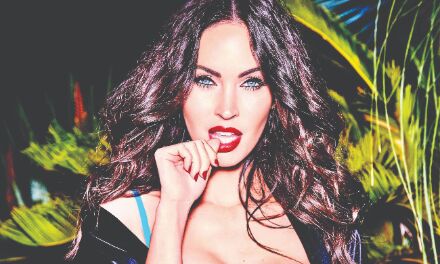 Hollywood actor Megan Fox recently talked about why she has never been a part of comedy films in her career. Speaking to 'The Washington Post', the 'Jennifer's Body' star explained how she is known for a lot of seductive roles but not so much for comedy.

"I think there has been a pervasive perception of me as a shallow succubus, if that makes any sense, for at least the first decade of my career," said the 35-year-old.

Fox added, "But that notion has started to change more recently as people revisited my interviews, listened to me speak and started to see me differently."

"I was so lost and trying to understand how am I supposed to feel value or find purpose in this horrendous, patriarchal and misogynistic hell that was Hollywood at the time. Because I had already been speaking out against it and everyone, including other women, received me in a negative way for doing it," the actor shared.

Megan further revealed that she has passed over for many of the comedy roles she would love to play.

"I was never really established as having been talented," she stated.

But there was one role that might have changed people's minds - Reagan on 'New Girl'.

"People were surprised that I was funny at all. More than being overlooked for my ability to handle comedy sometimes, I have always been surprised by how easy it was for people to overlook that I'm relatively intelligent" she asked in the end.