'I want to make Force the biggest action franchise' 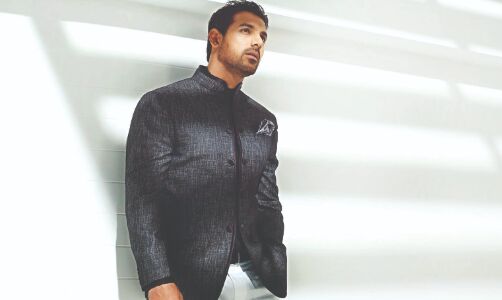 Bollywood star John Abraham has expressed his desire to work on the third part of 'Force' and develop it as 'the biggest action franchise' in the country.

The 48-year-old actor returned in an action avatar with his latest film 'Satyameva Jayate 2', which hits cinema halls on November 25. He has a lineup of hard-hitting films in the same genre including 'Attack', 'Ek Villain Returns' and YRF's movie reportedly titled 'Pathan' also starring Shah Rukh Khan.

While he may have been part of successful entertainers like 'Garam Masala' and 'Dostana', movies like 'Dhoom', 'Madras Café', 'Force', 'Parmanu' and 'Satyameva Jayate' cemented his position as an action hero.

"I want to do bigger and better actions. I want to mount it in a big way. I want to make summer blockbuster films. The film that I own in terms of franchise is 'Force' as it was probably the first action franchise that existed," shared John.

He added, "I want to do 'Force 3' and make it the biggest action franchise this country has seen. I enjoy this space completely. I also have 'Attack', which is ready and even that film has the best action."

With stunts come injuries, something the actor said are part and parcel of the genre, but that does not deter him from making more such movies.

"I feel stronger, fitter and better. I now have a grasp of how to make action bigger and I want to entertain

the audience with that big

fun action film. I want to create my own universe," he added.

Asked about his film on motorcycle racing, Abraham said the project is still under development.

"We want to make that happen. We could not do it because of the pandemic. My next year is packed. So, in 2023. it will definitely happen," he added.

The actor will next be seen in the action-thriller 'Attack'. Abraham also informed he has completed the shooting of Mohit Suri-helmed 'Ek Villain Returns' and work on 'Pathan' is yet to be finished.