'I try and pick the parts that I find interesting' 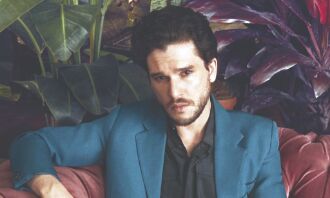 After spending over a decade playing just one character, 'Game of Thrones' star Kit Harington said he now wants to take up parts that are a 'bit lighter' and not time-consuming.

Harington rose to global stardom with his role as Jon Snow, a brooding warrior and one of the pivotal characters, in the HBO epic fantasy show that ended in May 2019 after eight seasons.

Asked about his plans post the series, the actor replied, "I'm terrible at answering this question because I never really got much of a plan. I just go where the writing looks good and the thing works with my life. I try and pick the parts that I find interesting."

"I did 'Modern Love' because it was a bit lighter. For 10 years, I did possibly the least comic character on TV. Like literally could not crack a joke. And when they did give me a joke, it just did not work. So, doing something like 'Modern Love', where there is a bit of humour and lightness, just felt like a very refreshing thing to do," he shared.

The actor, who previously featured in another anthology series 'Criminal: UK' on 'Netflix', said he has become a fan of the format as it is 'very manageable'.

"I love the anthology stuff. This is an anthology piece. I did 'Criminal', which I loved. I'm doing another piece of this, which is quite similar. It kind of allows me to jump in, tell this little story and get out. Then that little tiny chamber piece exists and hopefully speaks to people. But it is very manageable," Harington said.

Another reason for taking up a project like 'Modern Love' is that the actor wants to have a varied filmography.

"I'm doing those single pieces because I spent ten years doing one character. So I want to vary up what I'm doing and do as many things as I can. I do not want to get tied into necessarily this same character for a long period. I have done that for a while," mentioned the actor.