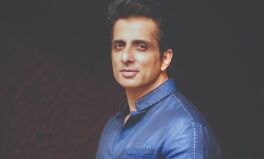 In a major revelation, the Income Tax Department accused Bollywood actor Sonu Sood of financial irregularities worth over Rs 250 crore by way of unutilised charitable funds, bogus contracts and circular transactions with one of his partner companies, and diverting funds to evade taxes, officials said.

The disclosures came after IT sleuths' swoop for two days on some 28 premises in Mumbai, Delhi, Lucknow, Jaipur, Kanpur and Gurugram in one of the biggest such investigative actions on any actor or entities linked with him. The operations continue.

In a rare official statement, the Income Tax Department, without naming him, said that Sood evaded tax worth Rs 20 crore so far, besides listing other alleged wrongdoings emerging in its continuing probe.

An NGO, 'SOOD Charity Foundation', launched by the actor in July 2020 collected donations of Rs 18.94 crore till date, of which it spent only Rs 1.90 crore towards various relief measures (for migrants) and the rest lies in the bank accounts.

The 'SOOD Charity Foundation' also raised another Rs 2.10 crore from abroad through a crowd-funding platform, violating provisions of the FCRA, said the tax department.

Raids on a Lucknow-based infrastructure company, with which Sood had entered a tie-up for a realty project, brought out more financial improprieties.

Detailing them, the IT Department said the group was involved in generating fake bills of subcontracts to siphon off funds worth around Rs 65 crore. The group also indulged in dubious circular transactions worth Rs 175 crore with a realty company based out of Jaipur.

The IT Department said it seized Rs 1.80 crore cash besides sealing 11 bank lockers, with further raids and investigation in progress.

Revealing Sood's alleged modus operandi, the IT Department said that he routed his 'black money' income in the form of bogus unsecured loans from many fake entities.

The probe found at least 20 such entries and the providers have admitted to the 'bogus accommodation entries', issuing cheques in place of cash and instances where professional receipts were camouflaged as loans in account books to evade taxes.

These bogus unsecured loans, in turn, were plowed back for making investments and acquiring properties, said the tax department.