'I struggle with people understanding me' 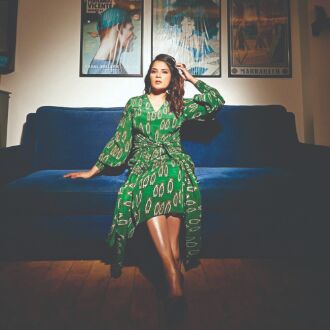 Mumbai: Richa Chadha said she has consciously tried to break through the clutter of repetitive work even if it has come at the cost of taking risks, something that most people in the industry do not understand.

Chadha, star of films like Anurag Kashyap's 'Gangs of Wasseypur', Neeraj Ghaywan's 'Masaan', comedy franchise 'Fukrey', 'Amazon Prime Video' series 'Inside Edge' and this year's political drama 'Madam Chief Minister', has been working in the industry for over a decade.

The actor said she has navigated its highs and lows by walking on uncharted, creative territories without trying to 'butter' people for work.

"I have been so on the fringes of this industry here, so I do not think they understand me. I am always looked at like the awkward smile GIF that exists on the internet," she said.

Richa added, "They feel, 'Oh, she can say what she wants to, she looks bossy. T he things she is saying are empathetic but the way she is saying could seem borderline rude.' I struggle with people understanding me. But I do not care. I cannot butter anyone up. I have the quality to offer."

"The kind of work I have championed all my life, now everyone is doing it. People made fun of 'Inside Edge' when it came out in 2017. They called me and said it was a demotion, that my career was over. They were condescending towards the web series format," Richa revealed.