'I stepped in some troubles' 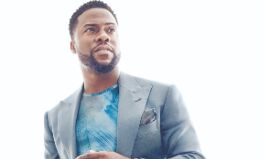 Kevin Hart joined Will Smith on the latter's show 'Red Table Talk'. The duo came together to discuss Hart's personal and professional life.

During the interview, Hart also got candid about his infamous cheating scandal that made headlines back in 2017, a year after his marriage to wife Eniko Parrish. The comedian and actor admitted, "I stepped in some troubles, yeah."

When Will Smith asked how he confronted his kids about the scandal, Hart admitted, "You are never prepared for that side of it. Having a little girl in my life is tough. You do not realise the impact that your mistakes can truly have. When the kids get involved, it is a different feeling and a different emotion."

Hart added, "Through my public debacles, it is very hard to bother me. But when your child shows disappointment, shows emotion, shows 'I do not understand why' and you got to have those conversations, the head drops for the first time."

Back in 2017, Kevin Hart was taped partying with model Montia Sabbag in Las Vegas. While she earlier denied being on tape, she later sued Hart for 60 million dollars, alleging that Hart and his friend J T Jackson set her up with a hidden camera. Hart also later came clean about the incident to his wife Eniko.

Reflecting on the trying times, Hart revealed, "Now you realise that there is a different emotional cord that can be pulled on you and that nobody else has the privilege of ever touching. My daughter touched on that cord."

He added, "When I and my wife went through what we went through and the whole cheating display, my talk with Heaven was one like no other. Getting my daughter back to understand that I'm sorry and that I made a mistake was real. To understand, I'm still her dad."