'I started a family and it changed everything' 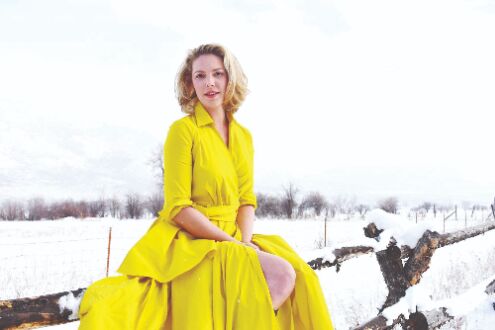 Katherine Heigl was a fan favourite on 'Grey's Anatomy', but her departure from the popular medical drama was marred by controversy. However, the 42-year-old actor claimed that, despite rumours of on-set feuds and being 'difficult' to deal with, it was her family who drove her out of the spotlight.

"I started a family and it changed everything," Katherine, who played Dr Izzie Stephens on the medical drama, told 'The Daily Telegraph'.

She added, "It changed my desire to work full-time. I went on family leave and just got to be a mother and it changed my whole perspective. That was the turning point."

Katherine went on to say that she was urged to attempt to combine her job and parenting to remain on the show.

"Shonda wanted to try to figure out how I could do both - parenting and Grey's - and I kind of wanted to do both. There was not a great way to compromise the work schedule that did not negatively affect the crew or the cast," Katherine revealed.

However, throughout her career, which started with minor movie parts in the mid-1990s, Heigl has encountered controversy after controversy, many of which have been prompted by remarks she has made.

While portraying Dr Izzie Stephens on 'Grey's Anatomy', the actor sparked controversy when she declined to accept an 'Emmy Award' in 2008, saying that she had not been 'given the material to warrant a nomination'. Then, in 2009, during an appearance on 'David Letterman', she blasted the show's producers for forcing the performers to endure a 17-hour day, labeling them 'cruel and mean'.

On the work front, Katherine is now starring in the 'Netflix' series 'Firefly Lane'.