I have had an amazing career: Parineeti 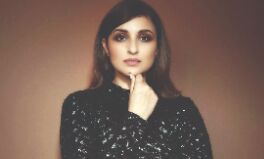 Parineeti Chopra made her debut in Bollywood in 2011 with 'Ladies vs Ricky Bahl'. The Bollywood actor has completed a decade in the Hindi film industry and says she did not want it to be any other way.

Parineeti, who had three back-to-back hit releases such as 'The Girl on the Train', 'Saina' and 'Sandeep aur Pinky Faraar', agrees that she has had her shares of hits and misses but that has what has made her the actor she is today.

"From that point of view, I have had so many different experiences from the times I have started. It has been amazing. I would not have been the actor that I am today if it was not like that," she shared.

Parineeti Chopra is looking forward to 'Animal', which stars Ranbir Kapoor. She is busy shooting in Nepal for Sooraj Barjatya's 'Uunchaai',