Home > Entertainment > I have been on fringes of this industry, don't think they understand me: Richa Chadha
Entertainment

I have been on fringes of this industry, don't think they understand me: Richa Chadha 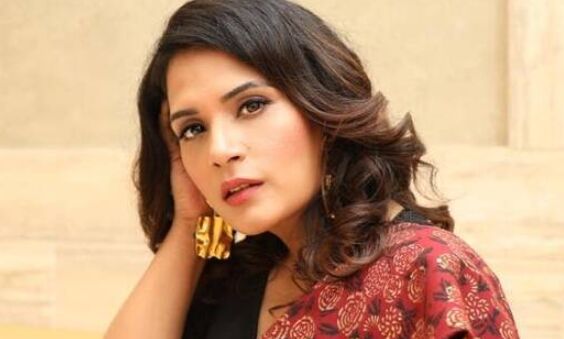 Mumbai: Actor Richa Chadha says she has consciously tried to break through the clutter of repetitive work even if it has come at the cost of taking risks, something that most people in the industry don't understand.

Chadha, star of films like Anurag Kashyap's "Gangs of Wasseypur", Neeraj Ghaywan's "Masaan", comedy franchise "Fukrey", Amazon Prime Video series "Inside Edge" and this year's political drama "Madam Chief Minister", has been working in the industry for over a decade.

The actor said she has navigated its highs and lows by walking on uncharted, creative territories without trying to "butter" people for work.

"I have been so on the fringes of this industry here, I don't think they understand me. I am always looked at like the awkward smile GIF that exists on the internet.

"They feel, 'Oh, she can say what she wants to, she looks really b***sy, the things she is saying are empathetic but the way she is saying could seem borderline rude.' I struggle with people understanding me. But I don't care. I can't butter anyone up. I have the quality to offer," Chadha told PTI.

"The kind of work I have championed all my life, now everyone is doing it. People made fun of 'Inside Edge' when it came out in 2017. They called me and said it was a demotion, that my career was over. They were condescending towards the web series format."

The actor said she has tried to shake things up in her career and always attempted to push the boundary with her work, even if sometimes it hasn't been accepted with the same intention she had.

"This little ecosystem that exists between Bandra and Goregaon, where everyone is like, 'Look at my car, look at my reel.' It's like, do the same thing, rinse, repeat. I was just getting bored. If for that reason people don't understand me, I don't care. I still want to do my kind of films."

She gave the example of her 2019 courtroom drama "Section 375" -- in which a film director is sentenced to ten years of imprisonment after a costume designer accuses him of rape.

Chadha said the film was meant to question the law and not throw women under the bus, which a section of people had criticised it for.

"I get attacked for them (my films) left, right and centre. When 'Section 375' released, a lot of people felt, 'Oh this is a film that Bollywood chose to make.'

"It was a subversive take, a procedural drama which questioned a law that wasn't gender-neutral. It wasn't talking about how women's characters are at fault. These things happen a lot."

The actor came on board the series, which features her as a police officer, after meeting the creators Agrim Joshi and Debojit Das Purkayastha.

She was fascinated by how the makers used the backdrop of murder mystery and loaded it with subtexts about parenting and father figures.

"It is set in this misty, small hill station and has this eeriness attached to it which reminded me of the horror stories I grew up reading. It is a world in which you don't know whether the crime that has been committed has been done by a creature, a presence or a person. It is a dense, layered plot."

For Chadha, the Ashish R Shukla-directorial aligned with the kind of work she was keen to do.

The actor said she is at a stage in her career today where she is saying no to projects a lot more than yes.

"Earlier, I have taken chances with newer directors, people I didn't meet... It was like diving head first into a shallow pool and cracking my skull open with all the stress. I am not doing that today. I am not going to die of poverty, I want to be creatively happy," she added.

Chadha revealed that after the trailer of "Candy" was unveiled, she was offered five more cop roles.

"I am consciously saying no to that money, those offers. I don't want to be that actor who thinks, 'I have dates in October, let me fill it up.' I am currently writing a script, getting into film production and have no intention of stifling my creative growth.

"I want to focus on quality. It is a conscious decision. It has made my life sorted," she added.