Home > Entertainment > 'I have always been uncomfortable with toxic nationalism'
Entertainment

'I have always been uncomfortable with toxic nationalism'

Kabir Khan's sports drama '83', fronted by Ranveer Singh, presents the long cherished but quickly dissipating 'idea of India' from Hindi cinema that does not pander to sloganeering and othering 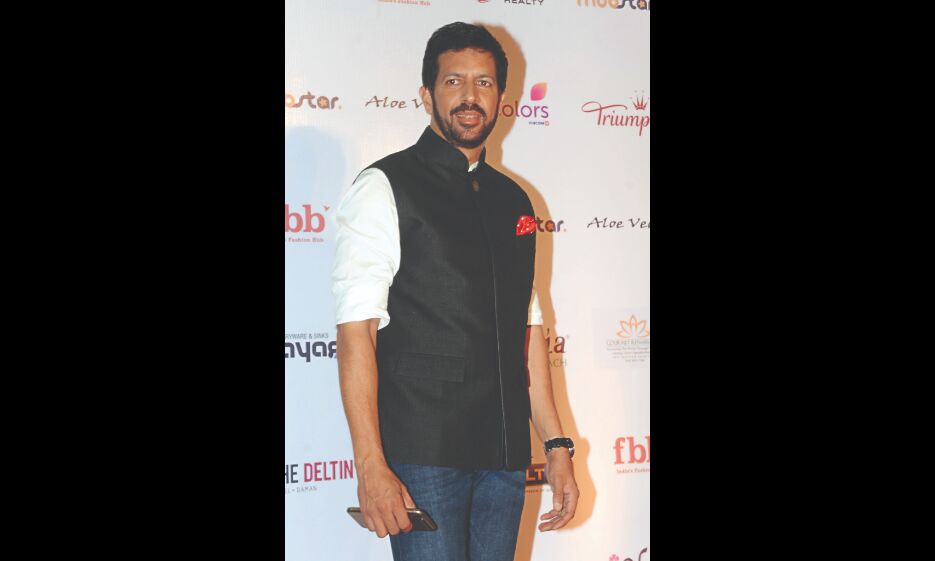 Director Kabir Khan says he has always been 'very uncomfortable' with the brand of nationalism Bollywood films are highlighting lately, something his much-awaited magnum opus '83' steers clear of.

The sports drama, fronted by Ranveer Singh, presents the long-cherished but quickly dissipating 'idea of India' from Hindi cinema that does not pander to sloganeering and othering.

"It doesn't matter what religion you come from, what food you eat, what language you speak or what caste you're from. If you come together, you can pick up the World Cup," Khan summed up.

'83' chronicles India's win under Kapil Dev's captainship, when the team defeated West Indies in the final to clinch their first-ever World Cup trophy in 1983.

"The toxic nationalism that has been portrayed in our films of late is something I've always been very uncomfortable with. There is a distinction between patriotism and nationalism. Patriotism is when you don't need an enemy to focus your energies on. You don't need a hostile enemy to prove your love for the country," Khan told PTI in a telephonic interview from Hyderabad.

"That's what true patriotism in '83' is really about. Just rooting for these boys who are not using any slogans or giving unnecessary dialogues about their motherland and what they feel. They are going to do something the whole country will be proud of. That's important for a film like this," he added.

According to the 53-year-old director, when true patriotism is shown on screen, other nationalities also celebrate.

"Other nationalities do not enjoy nationalism. If you're truly patriotic, even others enjoy the emotion," Khan, who is an alumnus of Kirori Mal College and Jamia Millia Islamia, said.

He shared that the actor who plays West Indian cricket captain Clive Llyod in '83' flew down from London for the premiere yesterday and was moved to tears by the end of the film.

"He was moved by what these boys had done for India. In a certain sense, his emotion is of the character who is the captain of the West Indies. That's what patriotism is."

'83' is not only the story of an underdog team but also the coming of age of a nation, Khan added.

"It was our first achievement at the international stage post-Independence. This was the moment when we felt proud to be Indians. If we were part of the diaspora living in the West, we didn't feel like second-class citizens anymore. The film also chronicles the socio-economic and political context of what the country was going through in 1983."

His background as a documentary filmmaker helped Khan slog through 'two years of research' for the film.

Almost every scene in '83' is exactly the way it happened in that year, he promised.

"Yes, there might be some creative liberties taken to show some dramatic highs within the scene. But some scenes are woven in the way they happened then, down to the last word spoken."

So how does one make a film when the world knows what 'The End' is?

"Whether you do a sports film or love story, you know nine times out of 10 it is going to be a happily-ever-after. The magic of cinema is how to keep you engaged and draw you into that world. The details of their struggle on their journey to winning the World Cup will keep you engrossed."

But not all players play the sport for the country. Some play for laurels, self-growth, ego, or simply for the love of the game.

While the film explores some 'shades' of these motivating factors, the team that lifted the Cup 'only played for the country as there was no money', the filmmaker emphasised.

"These were the boys on 15 pounds a day allowance. They landed with just one manager, who is such an important part of their journey, not even a coach. They go up against all odds."

The financial muscle in Indian cricket today is the result of the events that transpired in 1983, he added.

"Today, when you say cricketer, you imagine a millionaire driving a Ferrari and having an entourage. It was a completely different ethos then and that's what the youth is going to discover."

The film is already receiving glowing reviews and is expected to keep the momentum at the box office going after the success of 'Sooryavanshi' last month, a much-needed reprieve for the exhibition industry amid pandemic.

But Khan said he is elated for having made a film which he described as a 'true tribute' to the Indian men's cricket team victory.

"I don't take reviews too seriously because they represent only a cross section of the audience. But it's sort of a unanimous thumbs-up, so it feels good that it's connecting to people. It's still Covid times, so I don't know what's going to happen at the box office. I'm not letting myself be bogged down by that."

"This film is going to be seen by people on the big screen. More than that, it's now there for posterity. People can watch the film this week, next week, a year later or 10 years later. I hope it lives for a really long time."