I don't come with any baggage on the set: Dev 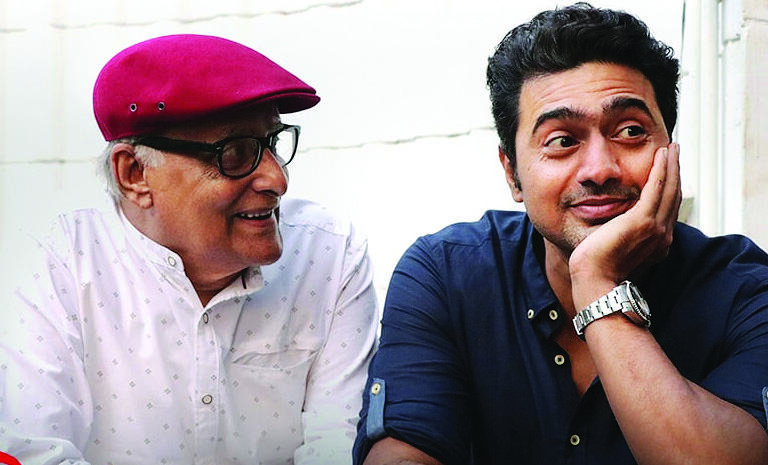 Are you working on Christmas? If yes, you have company in the form of a Bengali superstar and TMC MP Dev. Barring the pandemic, Dev mostly had a working Christmas in his 14-year career. With his films releasing on Christmas (also his birthday), the actor spent most of the day calling the producers, distributors and exhibitors to enquire how his movie fared at the box office. This year, too, the routine remains unchanged. His new film 'Tonic' (which he has co-produced) was released in the theatres a day before his birthday. The two-time TMC MP from Ghatal has also expressed the interest not to contest the election in 2024. From films, travel to politics, Dev bares his heart to 'Millennium Post'.

'Golondaaj' has emerged as the only box office winner during Durga Puja.

I had the faith in the script. Had it been the pre-pandemic era, the film could have broken all my past Box Office records. I am happy that people have watched the films in the theatres.

But the presence of OTT still looms large.

OTT is something very new and in the last two years, OTT has pampered us all. Big budget films have been released on OTT and we could relish those movies in our living rooms. But then going to the theatres with your family and friends, having popcorn is a different kind of experience. Having watched so many films and web series on OTT over the past two years, now a certain kind of boredom has set in. I think now people will come to the theatres if a good film releases.

Whenever Dev is the producer of a film, he struggles to get proper show timing in Bengal.

(Cuts in) This is because here we don't want the industry to grow. In the case of the Bollywood or South Indian film industry, other producers and actors back each other's projects. They space out their releases. But in Bengal, we don't want Dev to shine as a producer least he starts making films or if he bags a new

producer. In that case, their existence will be at stake. But they fail to understand that today 'Pushpa: The Rise' has become a national film because the entire South Indian film industry has come forward to support Allu Arjun.

You love travelling and in 'Tonic', you play a travel agent.

I could see myself in 'Tonic'. I don't believe in how much money I have earned, but I want to see how many places I have travelled with that money. When I turn old, I don't want to have any regret that when I had the chance to travel, I didn't.

In the poster of 'Tonic', we can see you are enjoying river rafting and paragliding. So, what's the one adventure sport you want to try?

In 'Saanjhbati', you shared brilliant chemistry with Soumitra Chatterjee. In 'Tonic', your wonderful chemistry with Paran Bandopadhyay is the talk of the town. In the last few years, you seem to bond more with elderly actors than the actresses on screen.

My chemistry with heroines and directors has always been superhits. I worked with Dhurbo Banerjee for the first time on 'Golondaaj' and we clicked. Now, we are doing our next project, 'Raghu Dakat'. I am a team man. When a film is made and promoted, I don't think about myself. Only when you are not selfish, you can enjoy this kind of chemistry with your co-actors. I don't come with any extra baggage on the set.

You are not keen to contest in the 2024 election.

I am not enjoying politics. I never did but the way things are happening in Indian politics (I am talking about politics in general) now, I am not comfortable. I will be happy if I don't contest the election in 2024. Having said that, I share a very different kind of relationship with Didi (read Bengal CM Mamata Banerjee). It's very difficult to say 'no' to Didi. 2024 is far away, so let's see.