'I do not see myself fitting into that space' 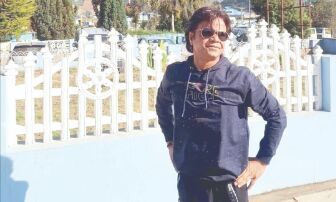 Bollywood actor Rajpal Yadav said that he does not see himself fitting into the OTT space, which he feels relies too heavily on swearing. His last couple of films – 'Coolie No 1' and 'Hungama 2' – had both released on streaming platforms.

In an interview, Yadav said that even without 'gaalis' (swear words) he has earned 'taalis' (accolades). He thanked his fans for sticking by him throughout his career.

"The trend of OTT has caught on but I do not see myself fitting into that space. The kind of web series that are being churned out in the past few years, I cannot relate to it. I do not like giving 'gaalis' (abusing) on screen, which has become quite common in the web series nowadays. I have fetched the accolades even without mouthing cuss words," said Rajpal.

He added, "I do not wish to do something that I do not appreciate in real life. I did not want to earn my living by bad-mouthing on screen and thankfully, I did not have to. I am very lucky that even after two decades people are not bored of watching me. I entirely credit my fans for keeping the actor in me alive." Rajpal Yadav is known for his performances in several comedy films.